Recently, Budget Travel magazine decided to publish a list of the “8 Places Every American Should See.”

While the editors hit a few of the locations on the nose — Yellowstone National Park, Gettysburg, Pa., New York Harbor, Monticello and Pearl Harbor — a couple of the choices were somewhat baffling. Sears Tower and Graceland? Really?

The Sears Tower, the country’s tallest building, certainly is a marvel of architecture. It also boasts The Ledge at Skydeck Chicago, where you can pay a fee to stand in an all-glass observation box 1,353 feet above street level. I’ll pass, thanks.

The editors justified their choice of the Sears Tower by saying it is located in Chicago — the city that “sparked a worldwide race that continues to redefine city skylines from London to Dubai to Taipei” with its first skyscraper, built in 1931.

Even more bewildering is the choice of Graceland. Nothing like a drug addict’s self-serving largesse to define America, right? They might as well have put Michael Jackson’s Neverland on the list. The editor’s justification for including it? “Like his music, it’s American through and through.”

Predictably, comments on the story (you can find it by searching on CNN.com) came from all corners of the country, with each person outraged that his local phenomenon was not included. For the most part, people seemed to be most upset about the omission of the Grand Canyon from the list, and most upset about the inclusion of Graceland. The Great Lakes, Alaska, Mount Rushmore, Ground Zero, the Trail of Tears, the Golden Gate Bridge, Independence Hall in Philadelphia, Arlington National Cemetery and even Frank Lloyd Wright’s Fallingwater house all made the list of places that people wanted to see on the list.

A couple of commenters, though, broke off and made the wild suggestion that Americans should visit places outside the United States. One listed his “8 places every American should see” as Paris, Barcelona, Prague, Amsterdam, Florence, Vienna, St. Petersburg (Russia) and Hanoi.

While I might not have gone with those cities, exactly (I would favor London over Paris), the suggestion is a perfectly reasonable one. Americans truly do need to see more of the world, and perhaps realize there is more out there than just this country. America is great, but it’s not the only patch of land on this globe. I’ll be the first to admit I’ve never traveled to another country (besides the Bahamas by cruise ship, and the harbor of Nassau can hardly be called another country), but that’s not because I don’t want to. If I had the time and money, I’d make it my goal to visit every country on the earth.

Since most of us can’t do that, at least make it a point to travel and visit at least one of the places listed in this article. But you can probably leave out Neverland.

Why we need a ‘Thanks-giving’ 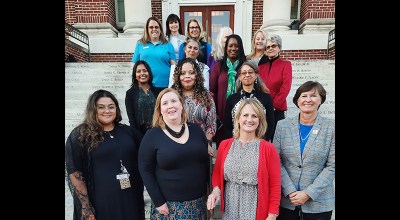