Former meteorologist to preach in Suffolk

Local evangelist Jon Cash will be speaking at several Suffolk churches in the coming weeks, including an appearance at Suffolk Pentecostal Holiness Church tomorrow.

Cash recently left his job as a meteorologist at a local television station, and he is using the extra time to schedule more events throughout the region at local churches. 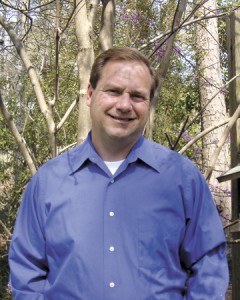 Evangelist: Former local meteorologist Jon Cash will preach at three Suffolk churches during the next month. Cash is using the extra time after leaving his television job to focus on his ministry, he said.

“I’m going to go in and get the people kind of riled up about the Lord,” Cash said in a phone interview Thursday. “Hopefully, we’ll see people come into the kingdom.”

Cash got his start in evangelism about 10 years ago, when his books — “The Age of the Antichrist,” “Thunder in Paradise” and “Lost in Church” — became popular.

“After the books started coming out, I began to get requests from pastors to come into their church and speak,” Cash said. He had speaking engagements about every other month. After he became ordained as a minister seven years ago, his schedule filled up more quickly.

“Over the course of the next 10 years, more and more churches would call,” Cash said. “It got to the point where I began to consider eventually leaving television and doing it full time.”

That opportunity presented itself when, Cash says, he was fired from WAVY-TV10 late last month.

“I realized this is a God thing and I needed to get into the ministry,” Cash said.

Cash couldn’t reveal the topic of his talk, because he usually waits until he gets to the church to find out what they want him to focus on, he said.

“The church will actually decide what I’m speaking on,” he said.