Those who go to the polls on Nov. 2 in the Chuckatuck borough will find two well-known names on their ballots for the City Council race — but neither is the incumbent.

Joe Barlow, the current representative of the area, is retiring from the council after more than six years of service. He previously served from January through June in 1998, and was appointed again in 2005. In 2006, he won election for his first full term, which expires at the end of the year.

Barlow’s exit leaves the seat open for one of two contenders — Mike Duman and Caroline Martin. Both draw on their business and management experience as their qualifications to be on City Council. 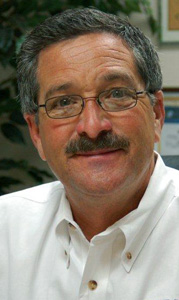 Duman owns a local car dealership, serves on the Economic Development Authority and is active in several community organizations, including the American Red Cross and Suffolk Humane Society. He says he’s running to give back to the community.

“I get a feeling of accomplishment being able to make decisions and, through my actions, have a positive impact on people’s lives,” he said. “I believe being on City Council is very similar to managing a business in the sense that the City Council is the board of directors and the citizens are your stockholders. As such, I’ll be able to use the experience I have.”

“I’m used to dealing with the public and have dealt with thousands and thousands of people over the years,” he said. “Every day, I’m in a position where I have to make decisions that not only affect me, but affect my employees and affect my customers.”

Duman hopes to see the city government become more cooperative with agencies and user-friendly for its citizens.

“I would like to see city administration and city agencies work more closely together to accomplish common goals,” he said. “I also want the city personnel and agencies to be more accommodating to the citizens when they’re in need of their services.”

As an example, Duman said the physical locations of different city offices makes obtaining things such as a building permit difficult.

“You kind of get shuffled from place to place not knowing exactly what you need,” Duman said. “You should be able to go to one location, request what you need and then have somebody be able to facilitate the whole process for you, so it’s not such a strain on the citizen trying to figure it out.”

Duman also hopes to confront fiscal challenges and reward businesses that have chosen to stay in the city.

“The other big issues that we have to attack are going to be fiscal responsibility and a lack of revenue the next couple of years,” Duman said, adding he wants to promote business opportunities “without sacrificing individuals’ property rights or overburdening any of the city’s roads.”

Finally, Duman stressed he will make decisions independently of any outside interest.

“I look forward to serving the citizens of Chuckatuck and Suffolk, if they see fit to elect me,” he said. “I will be objective and independent and rely on my experience and the concerns of the people when I do make a decision. I think people are looking for that independence right now.” 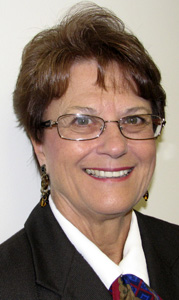 Martin, a retired health care executive, serves with the Western Tidewater Free Clinic, Suffolk Partnership for a Healthy Community and the Hampton Roads Partnership subcommittee on health. She, too, says she is running for council to give back to her adopted city.

“We chose to live in Suffolk 44 years ago,” she said. “I really want to give back to the city of Suffolk.”

She and her husband lived in the Kilby Shores area for the first 20 or so years they lived here, then moved to Eclipse, where they still make their home today.

A graduate of the University of Maine with a bachelor’s degree in nursing, Martin began as the evening shift supervisor at Obici Hospital. She was soon promoted to associate administrator for patient care services and eventually moved to Riverside Regional Medical Center in Newport News, where she gained experience managing people, talking with customers and building capital.

She and her husband also own Gates Custom Milling in North Carolina, a specialty lumber business that their daughter and son-in-law operate.

With her background, it’s not surprising that Martin sees big opportunities in Suffolk for policies that can shape healthy lifestyles.

“I can’t imagine a city with more natural resources,” Martin said, specifically naming the Nansemond River. “What an opportunity to look for ways through public-private partnerships to make that natural resource accessible to more of our citizens.”

Martin also hopes to help design a city that encourages healthy activities such as walking and bicycling.

She also envisions health care as an important diversifier in the city’s modeling and simulation industry.

“There’s changing opportunities there with JFCOM,” she said, referring to a huge federal facility in Suffolk that has been proposed for closure. “Is this an opportunity to take the modeling and simulation and attract large industry groups who need that technology? That’s not to say I hope JFCOM closes, because I don’t, but it’s apparent there may be a shift.”

Martin also supports the comprehensive plan and Unified Development Ordinances as living documents that should be subject to periodic review.

“I look forward to taking part in a comprehensive review with public input,” she said. “The city and its needs change. Every opportunity brings with it intended and unintended consequences.”

Martin also would like for the city to work more directly with the School Board to improve educational opportunities.

“I would like to see more collaborative and face-to-face opportunities,” she said.

Finally, Martin said, she would encourage openness and ethics in government.

“I have the ability to stay true to my ethical values I was taught as a child,” she said. “They have served me well. I grew up in a family that encouraged questions and openness.”