After 18 years of service to the Suffolk Public School Board, Vice Chair William Whitley is stepping down.

Running to replace him are two women, Linda Bouchard and Dorothy Bland Gamble, who both have a long history in education.

A third name, Mary Hill, will also be on the ballot. However, Hill has announced publicly that she has withdrawn from the race. Because she did so after the ballots were printed, her name still will be on the ballot. 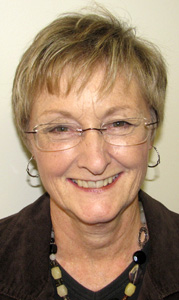 Bouchard has been a resident of Suffolk since 1985 and taught in Suffolk Public Schools, most recently at John Yeates Middle School, for 20 years. She was also an active member of her children’s Parent Teacher Associations when her children were in school.

fix it,” Bouchard said. “I just feel since I’ve been in the system for 20 years, I know it from the inside and out. I have three children who went through the system, and I feel I have something to bring to the position.”

After retiring this year, Bouchard is taking care of her granddaughter, whose mother — Bouchard’s daughter — is now a teacher for the school system.

A replacement for Robertson and Southwestern Elementary schools is one of the top issues facing the School Board right now.

Bouchard’s preference is that a new school be built in Holland and the Whaleyville school be renovated. If the funds do not exist, she says City Council should “allow a variance to build a school where the boards want it,” Bouchard said. “I feel there should be a school equally accessible to all the students.”

The School Board also faces hiring a new superintendent.

“Since he will already be in place before I begin, what I think would be ideal isn’t an option right now,” Bouchard said. “It will be my job to work with whoever the previous School Board has put in place.”

Asked about her thoughts on the school system’s failing ratings

on the No Child Left Behind Act’s Adequate Yearly Progress ratings, she said that because she was a Spanish teacher, her students were not tested on Standards of Learning, and “I don’t know enough about the subject to give an intelligent answer.”

A strength of the current system, she feels, is that the schools are “meeting the demands of the growth in the area. We’re not so large that we’re out of control. We’re doing a good job keeping up with the growth.”

One thing she hopes to change in the current system, however, is its disciplinary action.

“We need stronger discipline in our schools,” Bouchard said. “As a Suffolk teacher, even though we seem to have a strict system, students get too many chances. We have strong academic standards, but it’s worthless until the students are safe.” 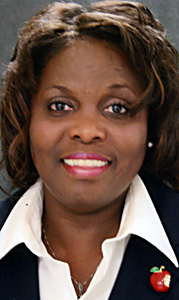 Gamble is a graduate of John F. Kennedy High School and has worked as a special education teacher for Chesapeake City Schools for 30 years. She also is an adjunct professor at Norfolk State University and a citywide staff development instructor.

“I want for other people’s children what I want for mine,” Gamble said. “Because I’m a teacher, I can see the need to look at our students as needing opportunities to be successful at the global perspective. Because I’m still working with children, I have a current view and am working there with the children. I’m learning we have a good School Board and would like to enhance what’s already there.”

Her decision, she said, is based on the population of both schools, the economics in Holland, the cost effectiveness to taxpayers and the city’s Comprehensive Plan.

“The longevity of the project needs to get closure,” Gamble said. “We have more important things to do than carry on with this.”

“We need someone who has a fresh look to be able to come in with the motivation and energy to look at what we’re doing here and make it better,” she said. “We need a School Board and superintendent that will be just as progressive in education as the city is in its management.”

When asked her opinion of how schools did meeting Adequate Yearly Progress benchmarks, she said from what she understood “some schools didn’t make AYP.”

“We need to focus on remediation, so we can bring schools where they need to be. We need a school improvement plan and to follow it. There were many schools that didn’t make AYP.”

She said she is most proud of some of the new programs being put in place in the schools, such as Project Lead the Way and Early Start.

“They do a good job of targeting early at-risk students,” Gamble said. “[Project Lead the Way] is geared at creating opportunities for children to see and relate to real-life math, as it pertains to engineering.”

Gamble said she’d like to add a character education program, encourage more parental involvement and take a closer look at how the schools monitor students with special needs.

Relay for Life to move to a new location

Cancer survivors take the survivor lap at the 2010 Suffolk Rockin’ Relay for Life at Nansemond-Suffolk Academy. The 2011 Relay... read more