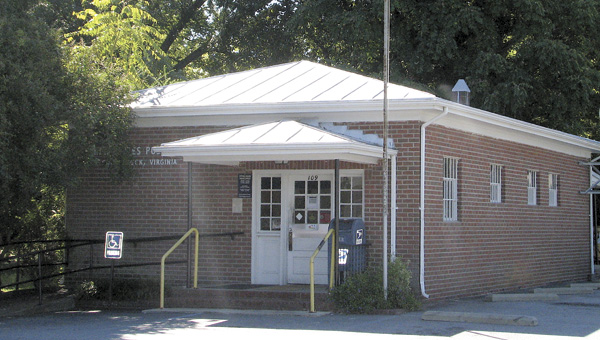 Post office: The Chuckatuck station is one of three village post offices having its hours reduced next month.

The fears of postal customers in Chuckatuck, Crittenden and Driver have been realized.

Fliers went up in all three post offices Friday declaring hours will be reduced at each station effective Monday, Nov. 8. U.S. Postal Service officials said the move was made because the stations weren’t generating the foot traffic, volume and revenue to justify being open all day.

“We have to make sure we’re doing the most cost-effective thing,” said Fran Sansone, communications coordinator for Hampton Roads post offices. “We are looking at post offices that are not as profitable as they could be.”

Chuckatuck post office customers were upset Friday when they heard the news.

“I don’t know what people are going to do,” said John Rose, who owns Chuckatuck Collectibles. The hobby shop, which carries model train parts and accessories as well as sports cards and other memorabilia, is located across Kings Highway from the post office.

“It’s going to be a very big disappointment for this area,” Rose continued. “It’s not that she’s not busy. It’s a happening post office.”

Rose, who does much of his business via Internet auction sites, worried his feedback rating on the sites will drop if he has to wait until the day after a customer orders an item to ship it.

“It makes your customers happy when you can ship right away,” he said as he packaged baseball cards to send out. “I ship throughout the day.”

Some customers said they live closer to other post offices but come to Chuckatuck because it is less congested and because of the friendly service of longtime employee Jackie Knight.

“This is the center of Chuckatuck,” Arlyn Winslow said. “It’s such a tremendous asset to this community.”

Many customers were concerned about having access to their post office boxes. Sansone, the postal service official, said boxes will be accessible anytime employees are in the building, which typically will be about four to five hours each day.

“We do appreciate their business, and we’re trying to keep them open,” Sansone said of the customers and the offices. “It’s a tough road we’re looking at here. There’s no one single solution to our financial situation.”

Area resident William Whitley agreed with the need to save money, but thought it should be done in other areas.

“I don’t see anything wrong with that they’ve been doing,” he said. “Why did they need to cut it back? It’s a service people in the country have always had.”

“We need our mail just like the people in Washington and Richmond.”