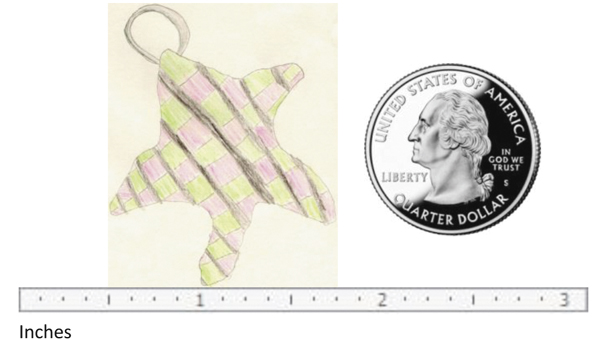 The victim of an abduction and sexual assault drew a picture of a clay ornament she recalls being on the vehicle’s console.

The Isle of Wight Sheriff’s Office has issued an update in the hunt for a man who abducted and sexually assaulted a Carrollton schoolgirl Oct. 2.

The victim has identified the lunchbox the suspect had in his car by matching it with a lunchbox at Walmart, the office says.

But the sheriff’s office says the suspect’s lunchbox was older and in used condition.

Also, the victim has drawn a picture of a clay ornament she said was laying in the vehicle’s console.

She reported it appeared to have been made by a child, according to the sheriff’s office, and it was a little larger than a quarter. 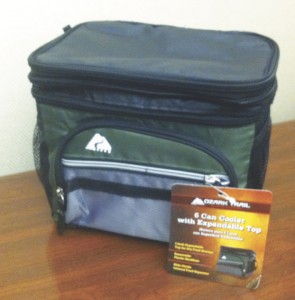 Police have released a photo of a lunchbox said to be like the one a Carrollton child abduction and sexual assault victim says was in the car her attacker drove.

The sheriff’s office has also advised that a sketch of the suspect released last month does not show the many freckles the girl said covered his entire body.

“These freckles are considered an integral part of his description,” a news release states. “The suspect wore glasses only part of the time, as well.”

Meanwhile, the victim said the suspect spoke about feeling sorry for himself, and said he did not want to tell his therapist about his actions, the sheriff’s office says.

He also said his wife had undergone a similar experience as a child and tuned out OK, and that he was missing work just as the victim was missing school.

Authorities report they feel certain the suspect was out of a usual routine, especially given his comment about his job, and ask the public to consider this.

The suspect drove a two-door Chevrolet, either silver or white, which may not have belonged to him.

The girl reported her attacker was an older white male, possibly in his 40s, of medium build, about 5 feet 8 inches tall and weighing 175 pounds, with short blond hair and a thin blond beard with gray in a strip from his temples across his chin and no mustache.

The girl did not see any tattoos or piercings. He was a nonsmoker and a slow speaker.

The sheriff’s office says it has forensic evidence that “will conclusively identify the offender,” and urges anyone with information to come forward by calling 365-6290 or 1-800-LOCK-U-UP.