One park entrance closes, another opens 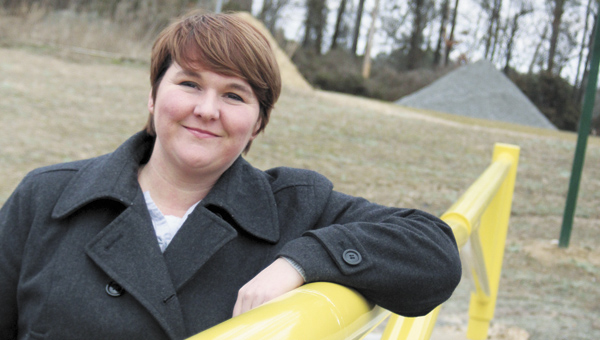 Suzette Vida, the city of Suffolk’s new outdoor recreation specialist, shows off the new entrance into Lone Star Lakes. The new entrance opens and the current one closes on Sunday.

Visitor access to North Suffolk’s Lone Star Lakes Park will be more direct and convenient when a new entrance opens on Sunday, the city’s Parks and Recreation director says.

“We feel it will enhance the visitor experience by providing a paved entrance into the gate with an electronic gate,” Lakita Watson said.

“The new entrance will eventually be landscaped and include white vinyl fencing to enhance the beautiful aesthetics already located at Lone Star Lakes.”

Watson’s department pursued the project together with Public Utilities. A new 1,200-foot-long sidewalk from Chuckatuck, around the Chuckatuck Volunteer Fire Department building, has also been constructed.

Watson said that closing the current entrance, off Bob House Parkway, would also improve security at the G. Robert House Jr. Water Treatment Plant, which visitors have had to travel past to access the park.

“Looking at it from safety and security, we think that moving our entrance will allow more security around the water treatment plant as well,” she said.

The electronic gate would automatically open and close with the park’s hours, Watson said.

“It will keep vehicles from entering the park after park hours,” she said, adding the city has had some issues with folks entering the facility after hours.

She said that during this year’s first snow on Jan. 21, “we had someone get in there and do doughnuts.”

Also, Watson said, the current entrance road was narrow “and it holds water sometimes in the potholes. We would get concerns from our visitors because of that.

“This new entrance will at least allow us to address that issue.”

Watson said the project has taken 1-½ years from design through completion. The location of the new entrance, at 401 Kings Highway, also brings people directly into the park, she said.

“You are not having to go through where homes are,” she said. “This will give you direct access into the park.”

Watson also pointed to what she called “conservation education programs” the city’s new outdoor recreation specialist, Suzette Vida, is organizing for the park.

Registrations are full for an owl event later this month, she said, an archery program is coming in the spring, and an “outdoor adventure camp” is planned again for the summer.

“We are really excited about what’s going on at Lone Star Lakes,” Watson said.