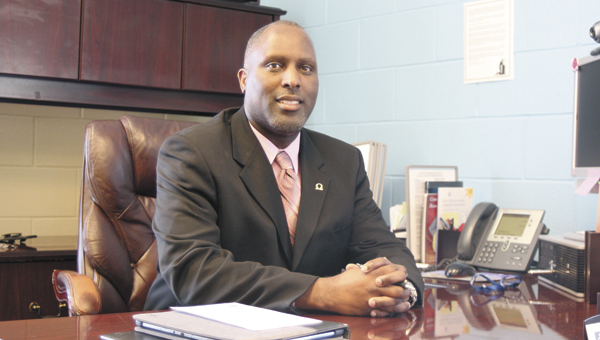 Ronald Leigh is principal at Hillpoint Elementary School, whose outreach program has been recognized by the Virginia School Board Association. Leigh said the program aimed to connect with parents and facilitate services to improve family situations.

Most students at Hillpoint Elementary are from the surrounding subdivisions. But the school also draws from some downtown areas, including some public housing complexes.

And in a city with only basic public transport at best, those downtown kids and their families form an isolated population within the wider school, says Ronald Leigh, Hillpoint’s principal.

“Our parents in the Colander Bishop (public housing complex) and Saratoga have a very hard time making that connection with Hillpoint, because it’s so far away,” Leigh said.

In 2013, Hillpoint decided to take action. After a brainstorming session, Leigh said, “We decided we wanted to bring Hillpoint” to the parents.

Working with the Suffolk Redevelopment and Housing Authority, he said, the first in a planned series of such events was held in December — a free lunch for parents at the community center.

Parents also received gift-wrapped books. “We plan to give each one of their children a book a month, so they can start their own libraries,” Leigh said.

“It was also a time for (many) parents to put a face with a name” — to meet the principal and other Hillpoint staff for the first time.

Seeking input from parents is crucial, according to Leigh, and the Hillpoint delegation asked questions.

“We asked what can we do as a school to help them,” Leigh said. “Not just (help) their kids, but them,” with, for instance, GED programs and food assistance.

The Virginia School Board Association has recognized the school’s efforts, including them in its 18th annual Showcases for Success directory, which highlights successful K-12 programs.

“In addition to highlighting some of the best practices taking place in Virginia’s schools, the Showcases for Success directory can serve as a starting point to develop similar programs in other school divisions,” Gina G. Patterson, executive director of the association, stated in a news release.

Hillpoint is planning more outreach events in April and May, Leigh said; in April, the school will even register new kindergarten students. With the housing authority, he said, Hillpoint has also started providing transportation for parents to attend parent-teacher association meetings and awards ceremonies.

Many services needed the school itself cannot provide, Leigh said, but it is involving outside agencies that can.

“An agency is coming to talk about GED programs,” he said. “An agency will be talking about things to do with discipline problems.”

Other agencies will help with food issues, teach interview skills and review resumes, he added.

“If they (parents) can get themselves in the right place, then they are going to be more apt to work with their children,” Leigh said. “Right now, some of them are in survival mode.”

The association’s recognition, he said, was “definitely an incentive to the teachers and staff members, who have worked hard outside school hours.”