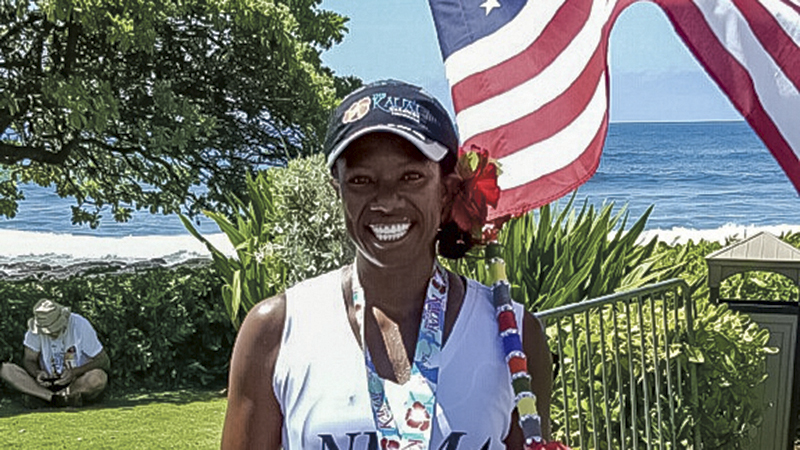 Lisa Davis poses for a photo with the flag she carried during the Kauai Marathon last Sunday in Hawaii. The marathon completed her goal of running a marathon in all 50 U.S. states.

With her 5:01:18 finish in the Kauai Marathon, Davis is now able to say she has run a marathon in all 50 states.

“I could have been faster, but I partied the whole way,” said Davis, whose motto is “Run Happy.” “Everybody wanted a picture of me running up and down those hills with the flag.”

Davis passed another running benchmark right here in Hampton Roads back in March, when she did her 100th marathon or ultra-marathon at the Newport News One City Marathon. At the time, she still had five states to go before she reached her next goal.

By the end of March, she had knocked out New Mexico, Oklahoma and Kansas — all within a span of four days. She ran an Arkansas race in April. But she had to wait until September to fill in Hawaii on her running map.

That doesn’t mean she was resting, though. She has completed other events, including a 31-miler, a 50-miler and a 100-miler, among others.

The 50-miler was a trail run in New York in August.

“It was hot as the dickens, and it was windy, and then we even got rained on,” Davis said.

Davis already has her next running goal booked, and it is so ambitious that it’s almost unbelievable.

From Jan. 25-31 next year, Davis will participate in the Triple 7 Quest, an attempt to run a marathon on each continent on seven consecutive days.

The questers will begin in Perth, Australia. They will then move on to Singapore; Cairo, Egypt; Amsterdam, Netherlands; New York City; and to Santiago, Chile.

From Chile, they will depart for the pièce de résistance: a marathon on King George Island, Antarctica.

The hope is to complete the Antarctica marathon the day after the one in Chile, but it depends on when their flight can arrive due to weather.

Davis said she hopes to be able to carry her flag during the Triple 7 races to represent the United States. No matter what, she expects her tenacity to carry her through. 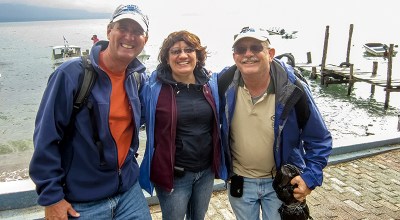