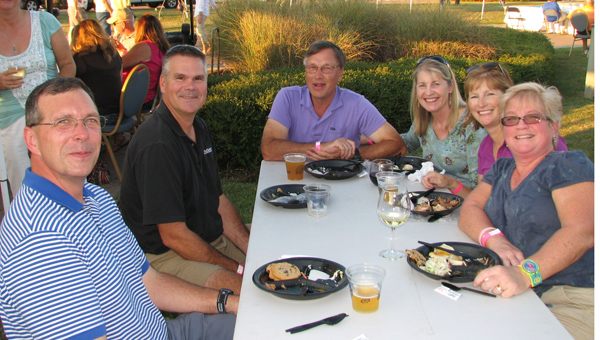 Good food and good entertainment will be the order of the day on Oct. 4 at Constant’s Wharf, but the real reason for the fundraiser will be part of the entertainment.

The Boys and Girls Clubs Suffolk Unit will hold its annual oyster roast that day from 5 to 8 p.m. The Island Boy band will provide the music, but during a break, members of the club will be highlighted.

“It’s a chance for us to showcase some of the youth in Suffolk,” said Phil McPhail, one of the co-chairs of the Suffolk Unit board. “That’s what it’s really about. It’s a fundraiser to help the neediest of the young people in Suffolk.”

The Boys and Girls Club meets every day after school at John F. Kennedy Middle School to give students from across the city a constructive place to be until their parents get off work. They receive meals and snacks, time to do homework, educational and enrichment programs and more.

“We do give these young people an opportunity to have a safe harbor and to better themselves. We’re a protective and educational and safe environment, as opposed to maybe being left alone to their own devices,” McPhail said.

Attendance averages about 105 youth per day, he said.

“The club has continued to grow,” he said, adding it costs as little as $15 a month for children to come. “We don’t turn anybody away. But it costs a lot of money to run an operation like the Boys and Girls Club, so we need local support to make it work.”

Catering will be provided by Boo McGhee, who will make the barbecue right on site.

Tickets to the event are $30 and can be obtained at the Suffolk News-Herald office, other local businesses and board members. Call McPhail at 539-1131 for more information.