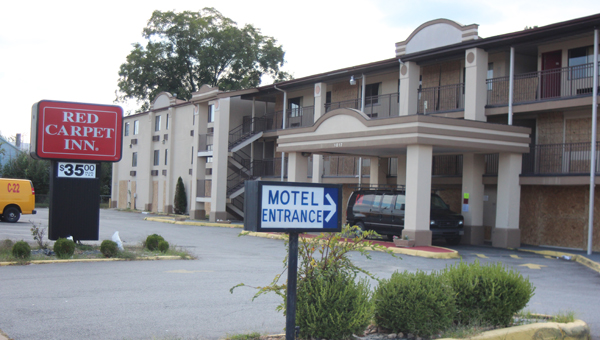 Cook-Out restaurant has bought the condemned Red Carpet Inn on North Main Street. Suffolk Police found the hotel vacant and unsecured on Sept. 8, and on Thursday workers were at the structure apparently stripping it out prior to demolition.

An abandoned hotel on North Main Street appears set to be the future location of Suffolk’s first Cook-Out.

Cook Out-Suffolk Inc., a business entity granted a charter by Virginia on Aug. 14, purchased the hotel at 1017 N. Main St. for $1.55 million, a deal recorded with Suffolk Circuit Court on Sept. 9.

According to the city spokeswoman Diana Klink, Suffolk Police found the hotel vacant and unsecured on Sept. 8.

“Planning and Community Development conducted an inspection and found that the structure was unsafe and was therefore condemned,” Klink said in an email. “The Fire Marshal’s Office was also notified.”

A Suffolk News-Herald reader reported seeing “emergency personnel all over the place.”

It is understood the Cook-Out will likely open in early 2015. No one was available at the corporate office Tuesday or Thursday to discuss the plans on the record, and messages for chief executive officer Jeremy Reaves were not returned.