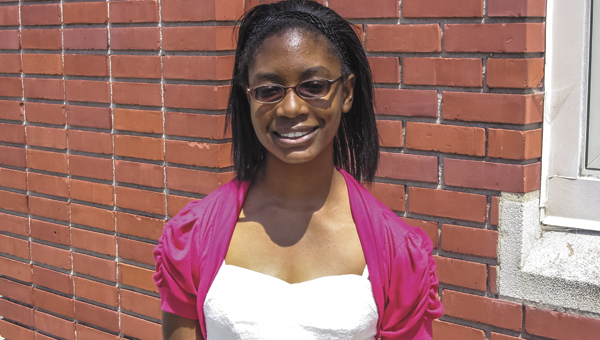 Editor’s Note: This is the second in a series of five stories on the valedictorians of the five high schools in Suffolk. Look for the remainder of the series in future editions.

“I dream big,” said Childs, who is valedictorian of King’s Fork High School’s Class of 2016. A student in the school’s International Baccalaureate program, Childs will graduate with a 4.55 grade point average on June 11.

The North Suffolk student plans to study mechanical engineering at the University of Maryland this fall. Childs, 18, eventually wants to open her own robotics firm.

Down the road, she hopes to open a boarding school, primarily to provide educational opportunities for foster children and other underserved youth. Regardless of their economic background, all children with the desire and motivation to learn deserve the opportunity, Childs said.

Childs said she would also like to create similar opportunities for children in developing nations.

One of the most meaningful moments of her high school career was last year, when King’s Fork’s Spanish Club members traveled to Peru, Childs said. Besides visiting the capitol, Lima, and Machu Picchu, the 15th-century Incan ruins that are the country’s most popular tourist destination, her group also visited an organization that serves Peru’s underprivileged children.

“That made me realize how good it is to be American,” Childs said, expressing frustration at the Peruvian government’s apparent lack of support for its youngest population.

“It made me want to find a way to bring help directly to the people who need it,” said Childs.

Despite an interest in education and children, Childs says she doesn’t want to teach school because of what she perceives as “politics” at the administrative level.

Childs says she tries to live life by a few simple philosophies instilled by her parents, Garrett and Marcella Childs.

“Whatever you do, always reach for the top … and always try your best,” she said. “Live life as if every day is your legacy, so do things that you want other people to remember you for.

“I’m a Christian … so I try to remember that I’m doing everything through and for God.”

The Southeastern Public Service Authority now looks certain to continue past 2018, when its initial agreements with its eight member... read more