Teresa L. “Terrie” Edwards, president of Sentara Leigh Hospital in Norfolk since 2008, has been promoted to corporate vice president for the Sentara Peninsula and Western Tidewater regions. 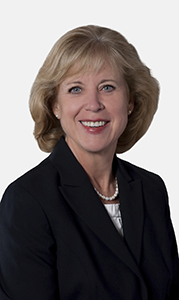 Edwards re-joined Sentara in 2008 after a stint with Bon Secours hospitals in Richmond. She oversaw the reinvention of Sentara Leigh Hospital through execution of a campus master plan that included doubling the size of the emergency department, modernizing and expanding surgery and sterile support services and construction of two five-story patient towers and a new atrium lobby.

Edwards has more than 30 years of experience in health care administration through hospital leadership and administration of a large cardiothoracic surgery practice.

She is a Fellow of the American College of Healthcare Executives, where she has a served as chair of the ethics committee and regent for the commonwealth of Virginia.