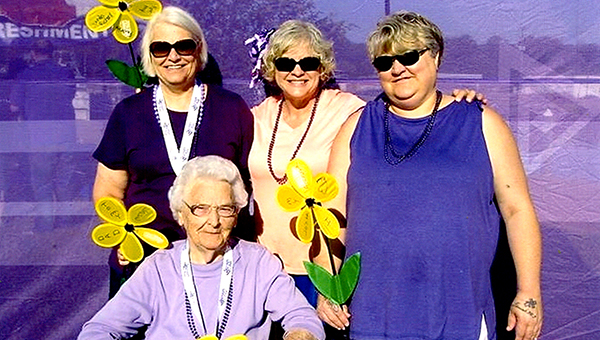 Supporting the Alzheimer’s Association is important to Suffolk sisters Alice Beaton and Holly Forrester because they say the association was a great help to them when their father was diagnosed with the disease.

June is Alzheimer’s and Brain Awareness Month, so they’re spreading the word about how people can support the association, which includes participating in its annual Walk to End Alzheimer’s. The family has joined in the walk in past years and plans to do so again this September.

“The more publicity it gets, the more money will come in and the more people are going to walk,” said Beaton, who is on the planning committee for the walk this year. 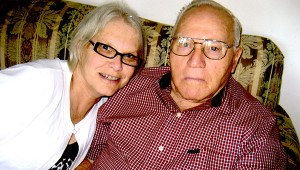 Alice Beaton and her father, Richard Forrester Sr., who has been battling Alzheimer’s for 10 years. (Submitted Photo)

Beaton and Forrester have three brothers, and their parents, Richard Forrester Sr. and Alice Forrester, have been married for 70 years this August. The family first started to notice things changing several years before his diagnosis.

“Just things he would say and do, we would be like, ‘This is not normal,’” Beaton said.

Finally, their father came home from work one day and told their mother, “There’s something not right.”

Beaton said the entire family attended a support group meeting sponsored by the Alzheimer’s Association soon after the diagnosis. There, they got educational materials and learned of other resources that could help them.

“It does help to share with others,” Beaton said. “It hasn’t made it any easier, but I guess it does help you cope.”

Holly Forrester said she once called an Alzheimer’s Association support hotline to talk to someone there.

Though their father’s illness has progressed and he is now in a nursing home, the sisters expressed gratefulness he has lived 10 years with the disease.

“It’s strange to see the people that have gotten it since he did who have died,” Forrester said.

She especially referenced Pat Summitt, the legendary University of Tennessee women’s basketball coach who died this week after having been diagnosed only five years ago.

Beaton said they hope to help current and future generations avoid having to deal with Alzheimer’s through their support of the Alzheimer’s Association.

“Even if nobody else in my family has it, I just know so many people that have had it,” she said. “Supporting Alzheimer’s is going to help somebody.”

Beaton said she and her mother raised a little more than $2,000 for least year’s walk.

“I thought that was pretty good for just the two of us,” she said. “People were very supportive.”

Beaton said kickoff visitors will be able to register for the walk, pick up supplies and enjoy light refreshments and live music.

To RSVP for the kickoff, email dbrown@uchas.org. More information on the walk can be found at alz.org/walk.