‘Need to know where he is’ 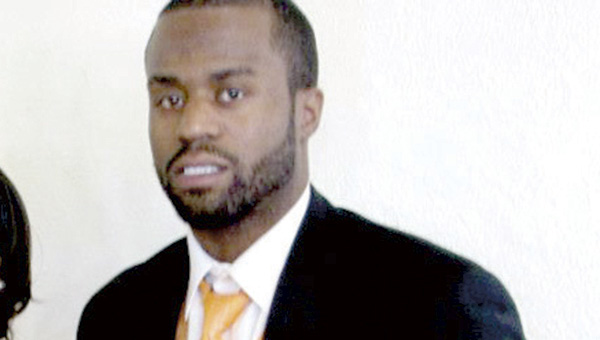 Almost eight months after he went missing, Quantez Russell’s family will mark his 31st birthday Tuesday still not knowing where he is.

The nightmare for his mother, Joan Turner, began Nov. 11, 2015, when she got a phone call about 9 p.m. from a friend. The friend had heard Quantez had been shot on the East End of Newport News.

Turner, who lives in Suffolk, drove to Newport News and began looking for her son, but he was nowhere to be found. Turner said Newport News police did not report receiving any shots fired calls in that area that evening.

The car Quantez had been driving was found in Newport News the following day, with some of his personal items inside, but it didn’t yield any evidence. Quantez was reported missing from Suffolk, where he also resides.

Since that day, nobody in Quantez’s family has heard from him. There has been no activity on his social media accounts. His cellphone was found in the possession of someone else, who at first claimed to acquaintances that he “saw (Quantez) take his last breath” but later claimed he wasn’t near the shooting when it occurred. That person has been questioned by police but not charged.

For eight long months, Turner has agonized over what happened to her son.

“It was the third or fourth day, I had that motherly gut feeling that wasn’t good,” she said.

Turner, who used to work as a crime scene investigator in Suffolk, collects emails relating to her son’s case in a large notebook. Many of them are news stories about bodies found, sent to her by family and friends. She thinks about the timeline, scrutinizes the details, has even driven to at least one of the sites. But none of them have turned out to be Quantez.

Even so, Turner — though she continues to hope her son will be found alive — doesn’t believe that will happen. He would never go eight months without calling his parents, his sisters or his girlfriend, she says.

Turner pushed for Quantez to be listed in the National Missing and Unidentified Persons System, and Suffolk police made it happen. The website contains details and records that might help identify him: His right-hand pinkie finger is deformed from a childhood injury. His left ear is pierced. Dental records, DNA, fingerprints, photos and descriptions of his tattoos and an old X-ray of his pinkie finger — all are in the database.

What’s not in the database is how much his family misses him. He has a 9-year-old son in addition to his parents, siblings and his girlfriend.

“All of us are holding on, hoping for closure,” Turner said. “It’s devastating, but I’m getting stronger.”

She said the family hopes someone will call the Crime Line with information about Quantez’s location.

“I’m just hoping that someone in Suffolk, in Newport News or wherever else would just give us the location of where he is,” she said. “The family needs closure. The person or persons who did this, God loves them. That’s for God to judge them. I just want to know where my son is. If you did something bad to him and dumped him, I just need to know where he is.”

Anyone who has information is asked to call Crime Line at 1-888-LOCK-U-UP or text the keyword SPDVATIP and the tip to 274637 (CRIMES). Tipsters never have to give their names or appear in court and may be eligible for a reward of up to $1,000.

Detective William Shockley, 514-7939, is handling the case for Suffolk.

A coalition of pharmacies recently awarded scholarships to seven high school students, and of the four Virginia students selected, one... read more