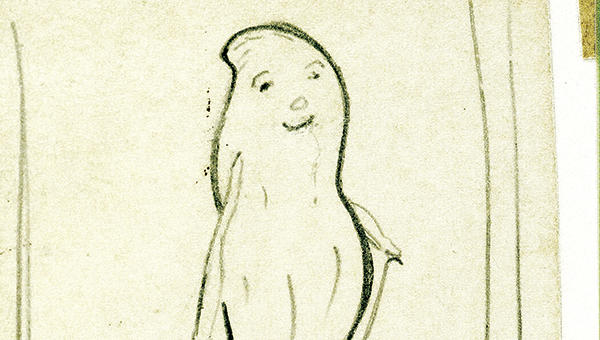 One of Gentile’s original drawings. (Courtesy of Robert Slade)

No one knows Mr. Peanut’s exact birthday for sure, but the anthropomorphized nut definitely turns 100 sometime this year. So what better time to celebrate than summer?

Robert Slade, the nephew of Mr. Peanut’s original creator, Antonio Gentile, will give a talk next week about his uncle, the drawings, and his family’s relationship with Planters Peanuts founder Amedeo Obici.

“This is the 100th anniversary of the drawings being done for the school contest, so it’s a particularly relevant time to kind of review where they came from,” Slade said. 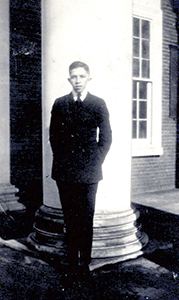 Antonio Gentile as a University of Virginia student, several years after he created Mr. Peanut. (Courtesy of Robert Slade)

Obici reportedly ran a contest in 1916 for schoolchildren to submit drawings for a mascot for Planters. Obici had founded the company in Pennsylvania, and in 1913 he established a processing facility in Suffolk to be closer to the peanut growers.

Gentile submitted 11 sketches of a peanut with arms, legs and a face doing activities including serving peanuts, singing a tune, riding a toy horse and walking with a cane. His submission won $5 and was spiced up by a marketing artist, who added the monocle and top hat.

“The originals are safely ensconced at the Smithsonian,” where they have been since 2014, Slade said.

He believes the contest was held in the fall, based on his uncle’s reported age of 14 when the drawings were made. The drawing wasn’t used in national advertising until February 1918, and the timeline seems to make sense in the days before computers, Slade said.

Next Tuesday’s talk will focus not just on Mr. Peanut but also on the man who created him, Slade said.

“He’s a whole lot more than the student who got $5 for doing the drawings,” Slade said.

Antonio Gentile’s parents, also immigrants from Italy, were friendly with the Obicis, despite the economic disparity between the two families, according to Slade. Obici took Antonio under his wing.

Gentile went on to graduate from the University of Virginia and obtain a medical degree. He became a respected surgeon at Elizabeth Buxton Hospital in Newport News, where he was one of the youngest surgeons admitted as a fellow in the American College of Surgeons. 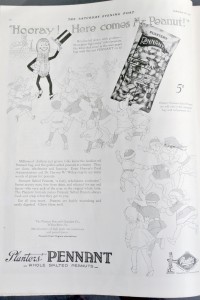 His patients, both those who could afford to pay and those who could not, loved him equally, and he gladly accepted the payment of gratitude from those who had nothing else to give, Slade said.

In December 1938, he married Delcy Ann Maney, but he died of a heart attack less than a year later while on duty at the hospital. The couple had no children.

Slade said he’ll also discuss the unique relationship between the Gentiles and the Obicis, both Italian immigrant families.

“It’s been so meaningful to my family,” Slade said. He said he was gratified the Suffolk Public Library and Suffolk-Nansemond Historical Society took the idea and ran with it when he suggested doing something for Mr. Peanut’s 100th birthday.

The free event, hosted by the two organizations, will take place from 2 to 3 p.m. Tuesday at the Phillips-Dawson House, 137 Bank St.

A cooking fire caused about $2,000 worth of damage at an East Washington Street apartment Wednesday afternoon. The fire was... read more