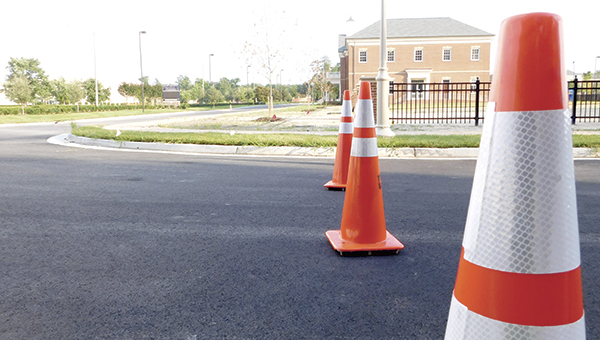 The Harbour View campus of Nansemond-Suffolk Academy is nearing completion. The school expects the building to be ready for students when school begins next month.

The North Suffolk community has been buzzing about the new campus of Nansemond-Suffolk Academy, slated to open for the coming school year.

“We are very excited about the opening of our new campus,” Karen Schompert, director of communications and public relations at Nansemond-Suffolk Academy, stated in an email. “With this new campus, families in Harbour View will have an opportunity to provide their children with a great education in a safe, nurturing environment close to home.”

Construction for the new 22,500-square-foot campus began in June of last year and is expected to be completed in early August, just in time for the 2016-2017 school year. The campus is located at 6019 Harbour View Blvd.

To support the project, the academy has received more than $5 million in donor donations, dating back to last summer. The school decided to expand due to its growing student population hailing from North Suffolk.

Just like the main campus, the same curriculum will be offered at the Harbour View campus. However, it will exclusively cater to pre-kindergarten through the third grade.

Before and after-school care will also be provided.

There has been tremendous interest expressed in enrollment at the Harbour View campus and all classes are expected to be full once school is in session, stated Schompert.

The extensive admissions process consists of six steps, beginning with a campus tour and application submission. Next comes a shadowing session ensues where students will either be placed in playgroups or in classrooms or will interact with academy ambassadors.

Admission testing and committee review follow, and the process concludes with the submission of an enrollment contract and deposit.

The main campus, located on Pruden Boulevard, was founded in 1966. The 166,000-square-foot facility has 730 students enrolled, accommodating pre-kindergarten through 12th grade.

A ribbon-cutting ceremony for the new campus is scheduled for Aug. 11. Classes are expected to begin on Aug. 24.