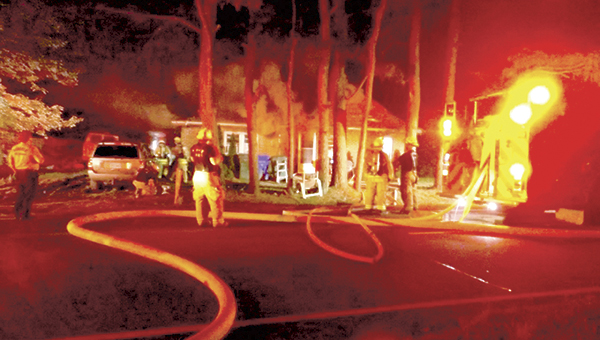 Firefighters work a house fire in Pughsville Friday evening. One firefighter was injured and taken to the hospital. (City of Suffolk photo)

Crews responded to an electrical fire just after 4 p.m. at Wanchese Fish Company on Northgate Commerce Parkway. The building had been evacuated by the time firefighters arrived.

Crews found an exterior electrical panel that was arcing. While they awaited Dominion Virginia Power to arrive and secure the electricity, firefighters searched for possible fire and determined it was contained to the exterior panel. 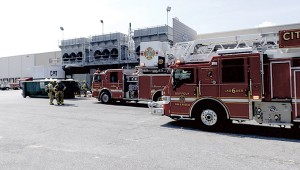 Firefighters respond to a call at Wanchese Fish Company about a fire that started on an electrical panel. (City of Suffolk photo)

The call was determined under control at 4:40 p.m., and there were no injuries. Damages were estimated at $6,000.

Crews also responded to a residential fire in the 4100 block of Pughsville Road Friday evening.

They received the call at 10:58 p.m., the first units arrived at 11:05 p.m. to find a single-story structure with heavy smoke showing. The homeowner had evacuated.

Smoke and fire damage extended to several rooms inside the house. Two adult occupants were uninjured but were displaced and are being assisted by the American Red Cross.

One firefighter suffered minor injuries during the blaze and was transported to a hospital. The fire was called under control at 11:40 p.m., and the residence sustained an estimated $50,000 worth of damage.