Zuni home to be closed 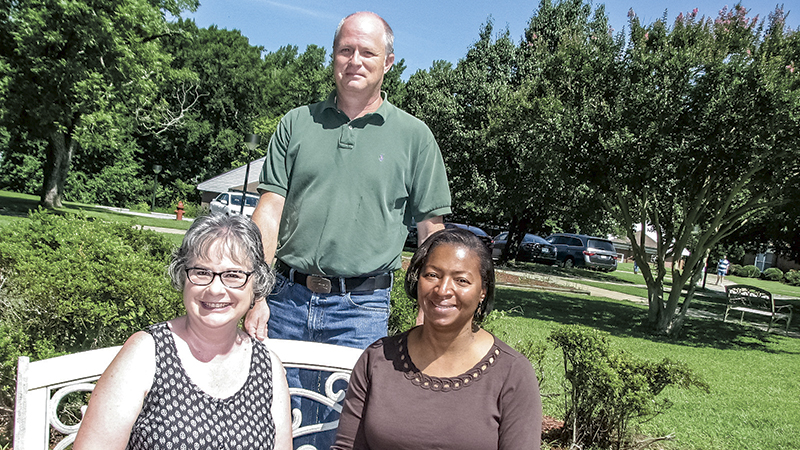 More than three dozen residents of a home for adults with intellectual disabilities in Zuni must move out of the facility so it can comply with new federal regulations.

The Zuni campus of HumanKind, formerly known as Presbyterian Homes and Family Services, houses 38 adults with intellectual disabilities on a rural, 315-acre campus. However, changing Medicaid regulations mean all of them will have to move out by March 31, 2017.

“The group home model, I think some people feel, is antiquated,” said Juliette Whyte, director of adult services for HumanKind.

The new regulations discourage having more than four individuals with intellectual disabilities to a home or having a campus with several homes, particularly one in a rural setting.

“They like them to be in the community, integrated,” Whyte said. “They feel this is a segregated community.”

Failing to comply with the regulations would deny the facility Medicaid reimbursements for the care of those individuals who qualify for program, which is fewer than half of the residents. The facility is heavily funded with grants and donations, Whyte said.

At its peak a few years ago, the facility housed 48 individuals. But federal regulations began discouraging so many to a house, so the population started to decline at the Zuni campus.

Now, with the regulations changing again, the Zuni campus must again adjust.

“The goal is to have people closer to the amenities they use on a daily basis,” Whyte said, noting that many residents have jobs or attend day support programs in communities as far away as Portsmouth.

Preparing residents for the coming change has been tough, Whyte said, and many are nervous.

“They have been here for so long, this is home,” she said.

However, some are excited about the possibilities.

“Now that there is an opportunity to transition to something different, some people have expressed a desire to live in a certain area,” such as Virginia Beach, Whyte said.

HumanKind is looking for arrangements known as “sponsored homes,” where people with experience caring for adults with intellectual disabilities would take the residents into their own homes and allow the new residents to become part of their families.

“We anticipate within the next three months we’ll have some individuals transitioning into their sponsored housing,” Whyte said.

Some staff members have chosen to be sponsors, she said. The staff are on the hunt for other experienced people who would be willing to become sponsored homes.

They also hope homes in the community can be donated or sponsored by churches or the like.

“We’re working to develop the best choices for our individuals,” Whyte said. “We really want them to be excited about the new opportunities.”

Whatever the residents’ final living arrangement, HumanKind hopes to continue to support them, with social activities at least, Whyte said.

“Where we see many of our residents thrive is the social relationships they’re able to maintain,” she said.

HumanKind has other locations in Lynchburg, Fredericksburg, Lexington and Richmond. Those locations already comply with the new regulations, Whyte said.

As for the Zuni campus, there’s no definite plan what will become of it after all the residents move out. Much of it is leased to farmers growing corn and other crops.

Whyte said a day support facility or housing for veterans are among the options that have been floated. The campus has four homes and an apartment building with three apartments for individuals who need less assistance. It also includes an administrative building, a social hall, a secluded lake and more.

The organization is accepting donations at www.humankind.org to assist with the extra costs associated with the transition.