Church to host fundraiser for pastor 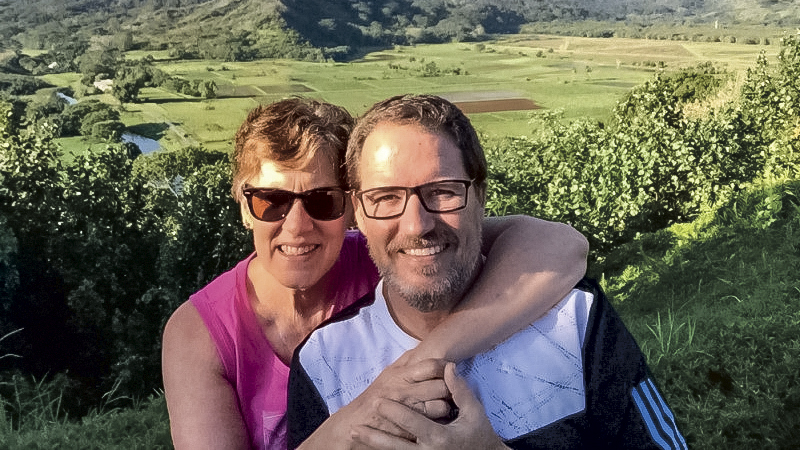 Pastor Greg Ryan of Oakland Christian Church was diagnosed with acute myeloid leukemia while on vacation in Hawaii in May. On Sept. 11, his church is hosting a fundraiser event to cover medical expenses.

A Chuckatuck church will host a community fundraiser to support its pastor.

On Sept. 11, Oakland Christian United Church of Christ will host its “9-1-1 for Pastor Greg” event at the Chuckatuck Volunteer Fire Department.

“We want to show our love and support for him,” said Pam Saunders, chairman of the church’s board of deacons.

The department has hosted an array of community events over the years and was more than happy to be a part of the event.

“It’s a community center, more or less,” Brad Whitley, president of the department’s board of directors, said of the station.

The event will feature dinner catered by Nixon’s, a silent auction and a cornhole tournament. There will also be live music provided a local community choir.

Dinner tickets are $12 for adults and $6 for children 12 and under. They can be purchased at Bennett’s Creek Pharmacy, Crown of Glory Beauty Salon, Kelly’s Nursery, Kitty’s Beauty Salon, Richardson and Nash Clothiers, Saunders Supply and Tidewater Motorcycle. Tickets will also be available at several local churches.

Tickets will also be sold at the event, but advance purchases are recommended. The church hopes to sell at least 600 tickets, according to Susie Eaton, one of the church’s deaconesses.

In May, while on vacation in Hawaii with his wife, Terry, Ryan unexpectedly fell ill and was diagnosed with acute myeloid leukemia. Ryan was airlifted from Honolulu to Duke University Hospital in Durham, N.C.

The airlift cost more than $95,000, which Ryan’s insurance did not cover. Fortunately, Ryan’s immediate family was able to raise enough money to cover the cost.

The purpose of the fundraiser is to raise enough funds to pay back the airlift and other medical costs.

Currently, Ryan is still receiving chemotherapy at the Duke hospital, but he is optimistic about attending the fundraiser.

“The first round of chemotherapy was pretty tough, but I was able to get through it with the help of God and the prayers of so many wonderful people in Chuckatuck,” Ryan stated in a text message.

In Ryan’s absence, the Rev. Wayne Gardner has served as the interim pastor.

“He has been the glue that has helped keep us going,” Saunders said.

“We all know that God is in control,” Eaton said. “The church has grown spiritually by continuing the work of the church.”

In preparation for the event, the community support has been great, which is a testament to Ryan’s character.

“Greg is a great guy,” Whitley said. “He jumped right in to make the area a better place.”

A commitment to helping

It is a good thing once in a while to take a moment to recognize the individuals who go out... read more