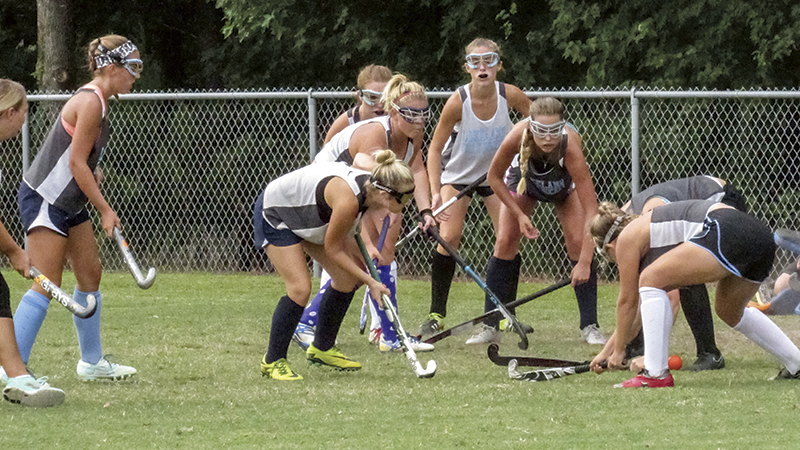 The Lady Cavaliers lost 5-2 to Hickory High School on Wednesday. It was a great effort by the Lady Cavs, but it wasn’t enough to get them the win.

“I think we played really well in the first half,” Maddy Carr said. “I believe we got a little discouraged once we saw them go on their run. Overall, we played strong. We want to come out next game and be better.”

Last week, the Lady Cavs lost to Great Bridge, another solid team, and didn’t score any points. They felt they made improvements, scoring two goals against Hickory.

“I think we are getting closer and closer to where we want to be,” Sydney Beale said. “If we keep working hard and put the work in, we will start beating these good teams.”

“I think we played well for it being some of our first times playing on turf,” Ashlyn Rogers said. “We played good defense, but we needed to limit our turnovers.”

Next for the Lady Warriors is a home game against King’s Fork at 5:15 p.m. Monday. Both teams want to show that they are the best in the city.

“It’s really important for us to come out and prove that we are the best team in Suffolk,” the Lady Warriors’ Mackenzie Roach said. “It will be a hard-fought game on both ends. We want to bounce back from this loss.”

“The game was challenging,” coach Darcy Pinchbeck said. “Having stronger opponents gives us a goal to strive to. We have a long way to go, but we are making strides.”