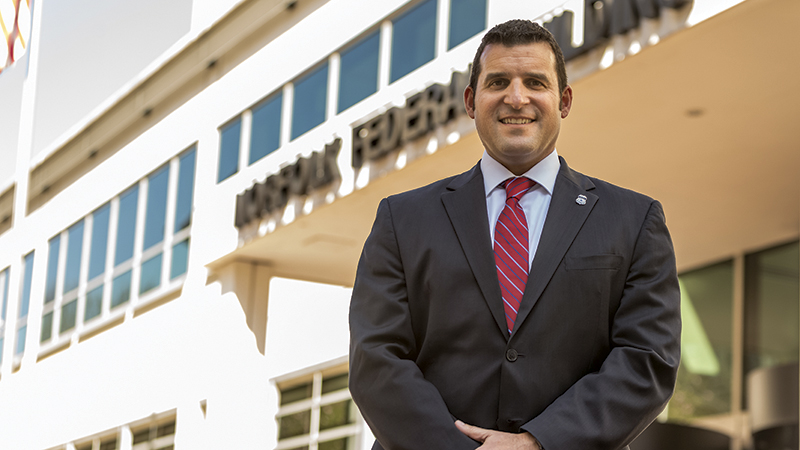 In his job as Assistant Special Agent in Charge of U.S. Immigration and Customs Enforcement’s Homeland Security Investigations, Mike Lamonea is in charge of untold numbers of federal agents. photo by R.E. Spears III

At his kids’ PTA meetings in the evenings, Mike Lamonea looks pretty much like any other Dad in the Western Branch community. To those who didn’t know any better, his life could seem to have a lot in common with one of the old family sitcoms of the ‘60s.

But by day, Lamonea, whose square jaw and almost military bearing hint at a determination that serves him well in his career, is more Dick Tracy than Dick van Dyke.

Lamonea is a top federal agent helping to track down some of the most despised criminals in America, from those exploiting children and trafficking humans to those manufacturing drugs and smuggling illegal aliens into the country.

At just 44, Lamonea might seem young for the job as Assistant Special Agent in Charge of U.S. Immigration and Customs Enforcement’s Homeland Security Investigations in Norfolk.

Simply put, that means he’s in charge of the Norfolk and Richmond offices including a host of crime-fighting agents, the number of which he holds as a secret from those who might want to try to harm or take advantage of the agency. In fact, he’s been at this job — and living in Western Branch with his Suffolk-born wife — for a few years now, so he was even younger when he landed the gig.

But he’s quick to deflect credit to his staff for the successes that have put him in this position and helped him retain it.

“I am blessed with this office,” he said. “They are doing the work. My job is to really give them all the tools to accomplish everything they need to do.”

Lamonea was born in New Jersey and always wanted to be in law enforcement. Somewhere, there exists a photo of him as a child wearing a police helmet.

He went to the University of Scranton and majored in criminal justice. He made such an impression there that when federal agents came to the university in in 1995 to recruit, they knocked on the door of his apartment unannounced. He got the job several months later.

He was in New York through the terrorist attacks of Sept. 11, 2001. He then was transferred to Washington, D.C., in 2003, during the creation of the Department of Homeland Security.

About five or six years ago, he was moved to the Norfolk office.

His department has more than 400 statutory responsibilities, everything from border patrol and customs to investigating child exploitation.

“We’ve got a monster footprint,” he said.

His office has helped take down a wide variety of evildoers. Among them: a ring of criminals bootlegging copyrighted movies, for which his team received an award from the Motion Picture Association of America; an intricate document-fraud organization; a ring of criminals selling “spice,” or synthetic cannabinoids; and, recently, a 50-year-old Suffolk man who admitted collecting and distributing thousands of pornographic images and videos of children.

For Lamonea, who has four children, the most meaningful cases are when he can rescue victims.

“Anything we can do to protect the public is huge,” he said. “The rescuing of victims is huge. That’s one of the things I enjoy the most. When you can save a life or get a life back on track, it’s a great thing.”

His agency is the federal lead on a task force to bring down human trafficking, which Lamonea said is a bigger problem than many people realize.

“We have to bring all the forces to bear to take down those networks,” he said.

The task force began its work in January and already has secured two guilty pleas and an indictment.

Despite all of this, Lamonea still finds time to be heavily involved in the community. He is a proponent of plans for a sportsplex in Western Branch. He is president-elect of the Great Bridge Rotary Club, chair of Chesapeake Youth Committee and serves on the board of its fundraising arm, the Chesapeake Youth Foundation.

His brother, who has Down syndrome, inspires Lamonea to be involved in an organization called Hope and Happiness, which provides opportunities for socialization and recreation for people with special needs throughout the area. He also coaches travel league soccer — he played himself as a child — and teaches Sunday school. 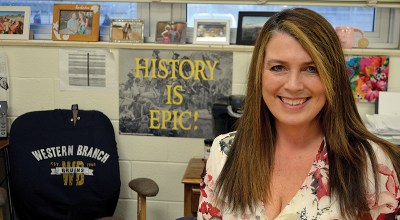 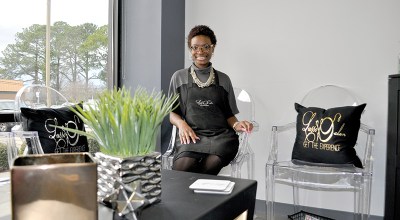 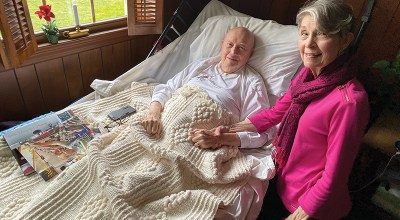 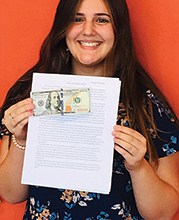