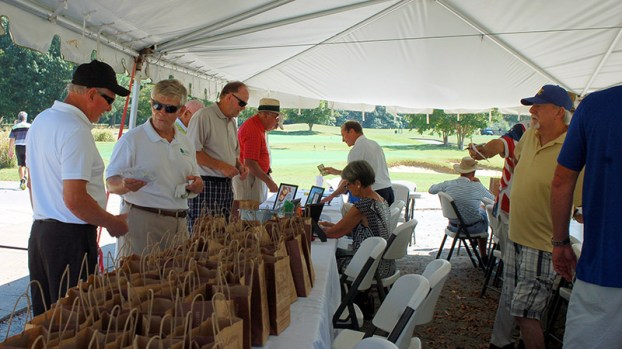 Martha Russ, president of the PDCCC Foundation, seated right at table, and Phil Bain, Foundation board member, assist with sales of raffle tickets and mulligans during the recent fundraising golf tournament.

“We still have donations coming in,” said Dr. Renee Felts, vice president for institutional advancement and executive director of the foundation. “We are very grateful for the support we receive from the community for our students during this fundraiser.”

The event was held at Cypress Creek Golfer’s Club in Smithfield with a four-person captain’s choice format.

The following were winners of the 2017 tourney:

A Suffolk native is still “shaking it up,” even at the ripe old age of 102. Florida Beatrice Haughton used... read more