Wright, a retired Navy captain and former flight surgeon, will specialize in knee and hip replacements.

The American Academy of Orthopaedic Surgeons credits knee and hip operations with keeping a substantial part of the American population mobile.

“Dr. Wright provides the support his patients need to have a successful outcome,” said Todd Rauchenberger, administrator at SMOC. “That support goes well beyond surgery. Advising patients on their treatment options and providing care post-operatively are critical aspects to a stand-out patient experience.” 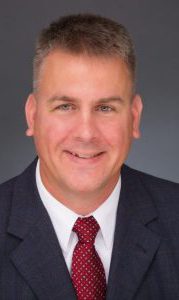 Wright spent much of his military career at the Naval Medical Center Portsmouth. There, Dr. Wright completed his residency and later served as a faculty member of the Orthopaedic Residency Program.

As a young officer, Wright deployed as a naval flight surgeon with the Marines. He completed his fellowship at Rush University in Chicago.

“I understand the fear associated with giving your body and life over to someone else for surgery,” Wright stated in a press release.

“I tell my patients is that if they can give me six weeks — and just an hour and a half in surgery — they can feel better and get back to doing the things they love. My goal is to eliminate that pain so patients can get back to your life, and I look forward to joining SMOC, where it’s clear they share my values.”

Retirement didn’t sit well with Cecelia Strickland, and it didn’t take her long to realize the fact. Strickland was the... read more