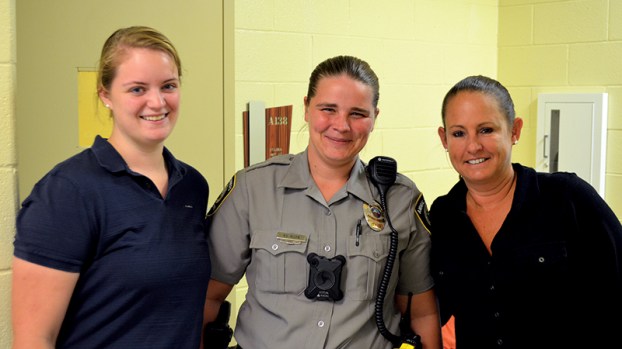 A friend for the furry

Sharon Sockman has been helping animals for many years.

The 18-year veteran of Chesapeake Animal Services recalls spending time as a youth at the Wildlife Response and Rehabilitation Center in Virginia Beach.

“When I was younger, I protected ant hills,” Sockman jokes. “Even when I get a spider in my house, I’m not squishing him. I’m just getting him out of the house.”

Sockman took over as superintendent for Chesapeake Animal Services in 2016, after Kathy Strouse retired. She has spent her first year pushing for more animals to be adopted and fewer to be euthanized with help from her office staff, shelter attendants and animal control officers.

She does miss being an ACO in the field, however, where she could be hands-on with helping animals and educating owners.

“It’s taking somebody from being a mediocre pet owner to a better owner, even if it’s just getting your pet spayed and neutered,” she said.

Around Chesapeake Square Mall, in particular, Sockman has seen up close the consequences of owners failing to spay or neuter their animals.

Through the years, the mall has had issues with stray cats. The problem started with people abandoning cats at the mall and was exacerbated, Sockman says, by people feeding the strays that resulted.

But officers now receive fewer calls from that district compared to others in Chesapeake, she says.

“It’s consistently been that way, which I would say that’s a good sign,” Sockman said.

She estimates that 180 to 200 animals are received daily at the 34,000-square foot facility on South Military Highway in the summer, when animals tend to breed. That figure drops to about 100 daily in the colder months.

Shelter attendants work closely with officers to keep up with the animal intake.

“There’s no separation between them and us,” Sockman says. “It’s more like a whole family.”

There are times, however, when the job takes an emotional toll.

Sockman referenced the August case of Chesapeake resident Michael Ott. He was charged with two counts of animal cruelty for allegedly beating two dogs, a Yorkie named Gizmo and an Alaskan Malamute named Ghost. Both had to be euthanized because of the trauma.

According to ACO Kaitlynn Allen, it takes a lot of compassion to do this job.

“There are some days you go home and cry, but it can be rewarding too,” Allen said.

Almost everyone on staff takes their work home with them by fostering animals, Allen said. Some of those foster pets have medical problems that require extra attention.

The goal for staff is to find a permanent home for them.

“My favorite part is finding these guys a home and giving them a fresh start somewhere,” said shelter attendant Vernon Marsh.

As part of the national Clear the Shelters initiative, Chesapeake Animal Services recorded 133 adoptions between July 18 and August 19. Residents adopted 126 animals in August, compared to 76 in the same month last year, according to Sockman.

Animal transfers to other shelters are up 78 percent compared to last year, thanks in part to growing relationships between Chesapeake Animal Services and agencies like Richmond SPCA, according to Sockman.

“We’ll do anything,” she says. “If it means that they get out of here alive, then let’s do it.”

Let’s be better, together

By Kathy Reagan Young I was in a Western Branch retail store the other day, and the woman checking out... read more