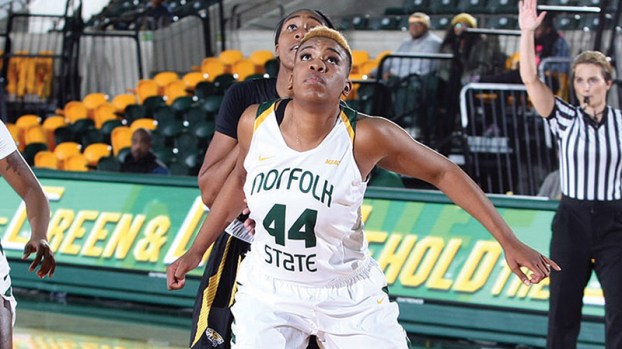 The former King’s Fork High School standout repeated as the Mid-Eastern Athletic Conference Defensive Player of the Week. Croker had a big game against the College of William & Mary by grabbing eight rebounds and blocking three shots and a steal in a Norfolk State University win.

Croker’s final block came with 28 seconds left on the clock, which gave NSU a chance to secure the win. To go along with her defensive performance, Croker scored a career-high 19 points.

She is part of an NSU team that is currently 6-5. Croker is averaging 7.8 points per game to go with 5.5 rebounds and is up to 36 blocks on the season.

At King’s Fork, Croker hit many accolades. She was a 1,000-point scorer and also grabbed 1,000 rebounds. She also had more than 900 career blocks.

The Nansemond River High School track and field team helped a family in need for the holidays this year. The... read more