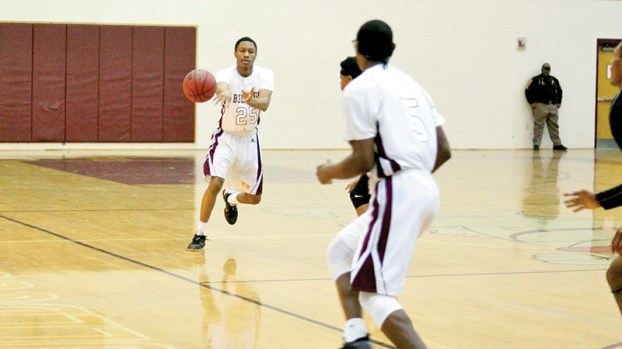 King’s Fork High School’s boys’ basketball team, pictured in a prior game, will host the King’s Fork Holiday Classic at 6 p.m. Friday. They will play Armstrong High School in the first round. (Caroline LaMagna photo)

All three Suffolk Public Schools will compete in a holiday tournament this Friday.

The coaches have spoken highly of the tournament and believe it will feature some good basketball for the fans in Suffolk. This will be the first time that any of the Suffolk schools have faced each other this season. Each team will face one another twice later this season outside of the tournament.

“This is great for Suffolk,” Bulldogs coach Rick Hite said. “Suffolk is a really good sports town, and if we can get everybody to come see all three public schools, it can be a great environment. We all want to compete and enjoy the environment and play some good basketball for the fans.”

The schedule for the King’s Fork Holiday Tournament below: