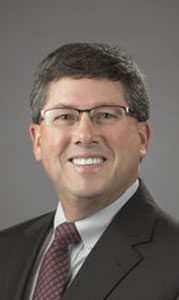 Mears brings 25 years of service to BayPort Credit Union, with the last 15 of those as senior vice president, chief operations officer. Before joining BayPort in 1994, he served as an audit manager with a local accounting firm. Mears holds a Bachelor of Science in Business Administration from Bridgewater College and is a certified public accountant. He lives in Suffolk with his wife of 35 years, Cindy, and together they have two adult children, Brooks and Macy. Mears is a member of the Rotary Club of Newport News, serves as an advisory board member of the Salvation Army of the Virginia Peninsula and currently serves as board president for the Virginia Peninsula Foodbank.

“We are delighted to welcome Jim as our new CEO,” said Suzanne Beckstoffer, BayPort’s chairman of the board. “I would like to thank George and Stan for their leadership through the transition. After a nationwide search and interviewing many qualified candidates, it’s clear that Jim’s knowledge, experience and vision make him the right choice to lead BayPort into the future.”