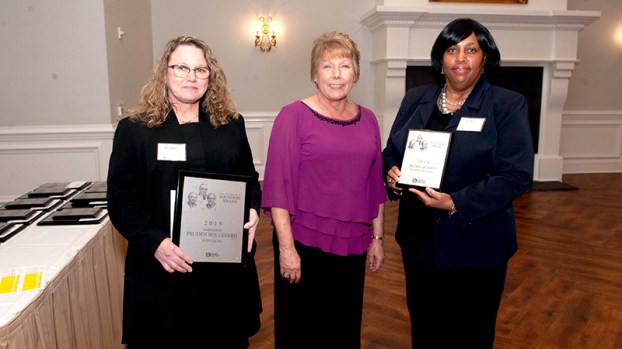 Jackie Scott of the Hardee’s at 2301 Pruden Blvd. recently won the Founders Award, which is the top award given out by the largest Hardee’s franchisee in the country, Boddie-Noell Enterprises. The Founders Award is given annually to the company’s top restaurant general managers.

The individuals and restaurants represent the best among the 347 Hardee’s restaurants operated by the company across four states. The winners are selected on an established set of criteria for operational excellence in 2018.

The annual award is given in honor of the company’s three founders, Mayo Boddie Sr., the late Nicholas Boddie Jr. and the late W. Carleton Noell, who opened Boddie-Noell’s first Hardee’s in 1962.

“Jackie’s been with BNE for 27 years and we’re so lucky to have her,” said Ginger Craig, regional director for Boddie-Noell Enterprises. “This is her sixth time winning a Founders Award, and I know she’ll be back.”

The annual recognition and celebration of the winners was held at the company’s Rose Hill Conference Center near Nashville, N.C. Winning general managers received a cash award and a plaque. Gifts were also awarded earlier to their restaurant teams for their 2018 performance.

With over 50 years of success as a Hardee’s franchisee, family-owned Boddie-Noell is the largest Hardee’s franchise operator in the United States with 347 restaurant locations in four states. The company is based in Rocky Mount, N.C.

Turntine Insurance Agency Inc. is one of a select group of agencies honored by Erie Insurance with the Founders’ Award.... read more