A Suffolk entrepreneur is marketing a new product that he introduced to the public, appropriately enough, at Peanut Fest in October.

James Harrell, founder of Virginia Gold, exhibited and talked about his new roasted peanut oil at the festival. It’s a byproduct of the production of his first product, peanut coffee.

“There’s no waste, and that’s the thing a lot of people like about it,” he said. “We’ve added a tremendous amount of value to the peanut just by selling it as coffee and now selling the byproduct.”

Harrell introduced his peanut coffee just a couple of years ago. It’s not actually coffee — it’s roasted, ground peanuts that are prepared and consumed the same way as coffee. It gives the benefits of providing protein with no acid or caffeine, though Virginia Gold does sell a caffeine-added version. Many people who have tried it like it better than coffee, Harrell said, and it helps those who cannot consume coffee for many reasons.

“We had to mechanically extract the oil out of the peanut in order to make it a dry granular substance like ground coffee,” Harrell said. “If you don’t do that, you’re going to turn it into peanut butter.”

Harrell said Richard Chaing of Suffolk Executive Offices made the suggestion to market the byproduct as an actual product. There are three flavors — regular, hickory smoked bacon, and roasted garlic — and Harrell said they’re good mostly as finishing oils for everything from baked potatoes and pasta to grilled chicken and scallops.

The product has taken off, being tested out by celebrity chefs and attracting recognition from well-regarded food publications.

“People still have a ton of questions,” Harrell said. “It’s just another value-added product to the peanut that we grow locally here in Suffolk.” 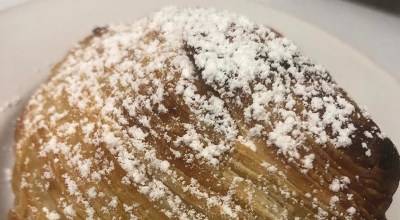