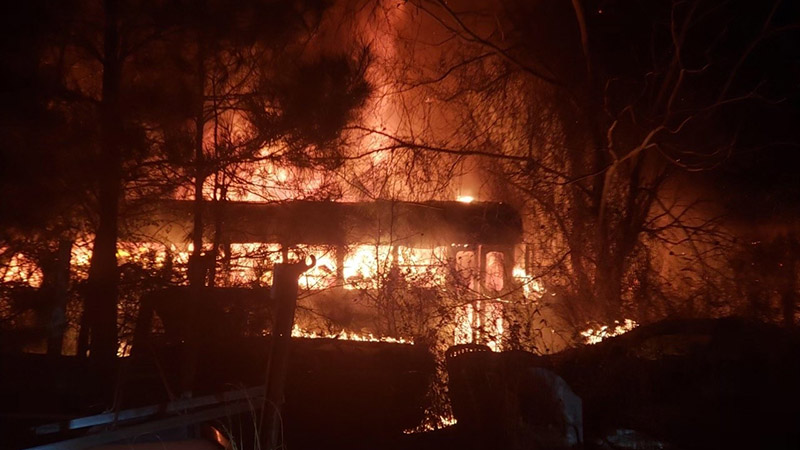 A home on Carolina Road was fully engulfed in flames when firefighters arrived on Wednesday. (City of Suffolk Photo)

A Carolina Road home was destroyed during a fire on Wednesday afternoon.

The fire in the 5400 block of Carolina Road was reported at 4:37 p.m., and the first fire unit arrived on scene at 4:51 p.m., according to a press release from Suffolk Fire & Rescue.

Fire crews had access issues, but the crews worked quickly and aggressively to confine the fire.

The Fire Marshal’s Office is investigating the fire, the press release stated.