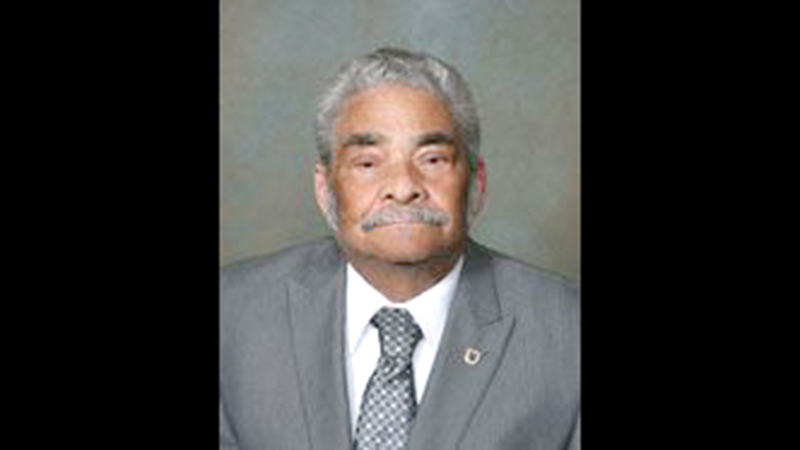 Curtis Robert Milteer Sr., a Korean War veteran who served for 10 terms on the Suffolk City Council and was the first Black vice mayor in the city, has died. He was 91.

He is survived by his wife of 68 years, Sarah Walker Milteer, as well as three children, eight grandchildren, 17 great-grandchildren, three sisters-in-law, a daughter-in-law and many nieces, nephews, cousins, family and friends.

Born in Nansemond County to Ponnie and Sallie Greene Milteer and a Suffolk native, Milteer graduated from East Suffolk High School in 1950 before the city was forced to integrate its school system, and throughout his life, fought for a level playing field for all residents.

Milteer studied at the P.D. Pruden Vocational Technical Center, Tidewater Community College and Norfolk State University, and he received a Doctor of Humanities from Norfolk Seminary and College.

While serving in the military, he earned a Purple Heart during his service in the Korean War, having been wounded in combat, and retired as a supervisor from Naval Air Rework Facility in North Carolina.

“I came home, and I said, ‘Look, if I can go to Korea and fight for the Koreans, I can come home and help my people where I live,’” Milteer said at his last council meeting on Dec. 16, 2020.

In May 1980, Milteer was elected for the first of his 10 terms on City Council, representing the Whaleyville Borough for 40 years until 2020. The May 7, 1980 Suffolk News-Herald noted Milteer’s election win with the headline “Milteer upsets Harrell.”

“I feel very proud of the things that we accomplished that have helped improve quality of life for citizens in the area,” Milteer said in a 2018 interview with the Suffolk News-Herald.
Milteer received the Jessie Rattley Political Action Award in 1984 for his contributions in politics. He also received the First Citizen of Suffolk award in 2005. Besides serving on council, Milteer also served on the Planning Commission, the Suffolk Neighbor Advisory Council, the Hampton Roads Transit Commission, the Suffolk Task Force for Aging, Advisory Board for Nehemiah Outreach Centre and the Faith-Based Community Initiative Taskforce.

“Any information that you wanted to know, history-wise, about anything in politics,” Bennett said, “you could call Councilman Milteer — for (the) state level, federal level or whatever level might be — he could give you the history along with that. I will truly miss him.

Bennett said that when Milteer appeared to be asleep during a meeting, he was meditating on the issues. He said no councilman worked as hard for his constituents as did Milteer.

“I guarantee you that he could tell you everything that was said,” Bennett said, “and when it was time to vote, he didn’t have to ask you what he was voting on. He knew exactly what was taking place around him at all times. He was a man of a lot of wisdom, and even after he left council … just about every week he would give me a call. He just liked to talk to people and let people know he was still concerned about what’s taking place in the city.”

Milteer, according to many, was responsive to the concern of residents.

“If someone was to call him from the Whaleyville Borough at 2 o’clock in the morning, he would get out of his bed to see what they wanted,” said former Councilman Charles F. Brown, who served with Milteer for about 16 years. “That’s how dedicated he is to the people of Whaleyville, and the city of Suffolk as well.”

At Milteer’s last council meeting, members unanimously approved a resolution honoring him for his “groundbreaking” service to the city, praising him for his “steadfast commitment and insightful diplomacy,” contributing to the city’s AAA bond rating and during his tenure, serving on the city’s Human Services Committee as its chairman, the Virginia Municipal League’s Finance Committee and numerous other local, state and regional boards and commissions. Upon its adoption, Milteer received a standing ovation from the other members of council and those in the chamber.

Then-Mayor Linda Johnson, also serving in her final council meeting, noted that her entire time of service on council was served alongside Milteer. She had always said she wanted to write a book on all of Milteer’s sayings.

“Some of them are quite comical, but they are so true,” Johnson said. “Councilman Milteer, it has been an honor and a privilege to spend these 20 years with you.”

Johnson said she used to watch council meetings with her father, who would point out Milteer’s demeanor. She said she appreciated all the knowledge he shared with her, and all the times he advised her to “hold back a little bit.”

“I remember my father pointing to Councilman Milteer, and he would always say, ‘That gentleman serves the people. That gentleman listens. That gentleman is a true career public servant.’ … The city of Suffolk is better for having had Curtis R. Milteer sit here for 40 years.”

“I’m sure he arrived in heaven at deliberate speed,” Duman said. “He’s there now looking down on us.”

Milteer, at that time, thanked Whaleyville residents in his borough for allowing him to serve for so long. He noted the seven different mayors and 42 council members who had served during his time on council. He said serving on council was a rewarding experience that he couldn’t have received any other way.

“I want to wish the city that I was born in Nansemond County, in Saratoga in 1931, 89 years and 11 months ago, nobody here in this room has been on earth as long as I have — nobody in this room right now has been on earth (as long),” Milteer said. “And it’s not because I’ve been so good but because the Lord has blessed me with some things I want to mention. He blessed me with a sound mind and a long life. … When it’s time to go home, it’s time to go home. It’s my time to go home.”