The career of artist B Menace 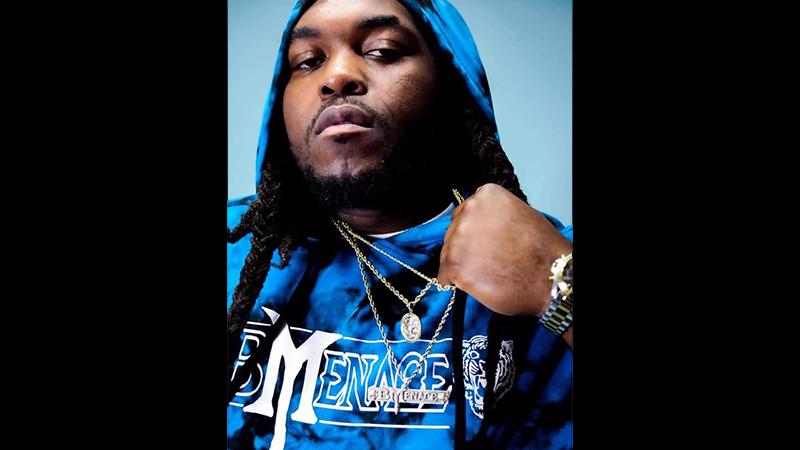 Hicks considers himself an artist more than a rapper. (submitted photo)

Suffolk’s own Willie Hicks, better known as B Menace, believes that rap music saved his life. Growing up, Hicks got into a lot of trouble; including getting kicked out of high school several times. It wasn’t until a friend introduced him to football that he found a different way to address his aggression.

He continued with football his junior and senior years of high school and was accepted to Chowan University on a football scholarship.

When he began his junior year of college, he decided it was time to stop playing to focus on academics.

“After I stopped playing football, I didn’t have my scholarship anymore, so I didn’t have the money to buy my own books,” Hicks said. “So, I spent a lot of time in the library reading those books and stuffing as much knowledge in my head before I had a test.”

It just so happens, that same year his roommate was a rapper.

“One day, before he left the house, he was writing to beat and I thought, ‘I could do that.’ He told me I couldn’t do it, so while he was gone, I wrote it, and that was my first rap,” Hicks said.

After that, he started doing small shows with his friends.

He graduated college in 2010 with a degree in business and a minor in marketing, then came back to Suffolk and joined a group called Flamed Up Entertainment, which later got changed to Bossed Up Camp.

During his time with this group, they traveled to more shows and opened up for artists like Busta Rhymes, Kevin Gates and Jadakiss.

A few years passed and other members of the group started going their separate ways, and that’s when Hicks started his solo career.

“Music is all I know, this is what I want to do, so I dropped a single,” Hicks said.

He wrote and recorded music and put them online where they started gaining popularity.

“I started getting a lot of feedback from different people—good and bad, but the bad didn’t bother me because at least they took the time to listen and it just gives me a chance to learn,” he said.

Since then, B Menace has released three mixed tapes, one EP of original music and he hopes to release an album later this year.

Though he has been writing music for 12 years, it has been in just in the past two years that he’s reached a place where he is comfortable with his writing process.

Hicks said his favorite part about being a rapper is creating the music.

“I consider myself an artist more than a rapper because I am always thinking about things—what sound will work with what lyric and so on,” Hicks said. “I’m always writing music.”

One word that Hicks would use to describe his transition from a kid getting kicked out of school to a man traveling performing his music is “accomplished.”

“I was acting out and getting in trouble as a way to get attention,” Hicks said, “but I don’t need that now. Now my music speaks for me.”