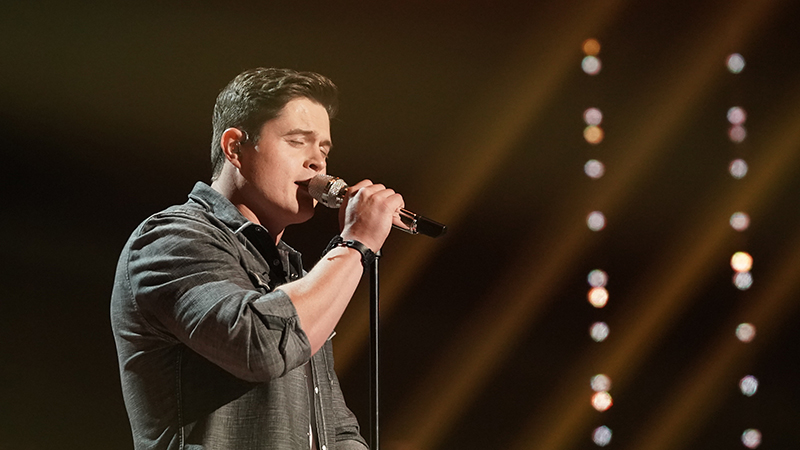 Dan Marshall, a graduate of Nansemond-Suffolk Academy, has been taking the American Idol stage by storm.

On Monday night, Marshall, known as Daniel Griffith during his days as a student-athlete at NSA and later at Virginia Tech, advanced to the final 14 on the 20th season of Idol. He was voted by fans as one of the competition’s top 10 performers after a Sunday night performance of Garth Brooks’ “Friends in Low Places.” After it was announced Monday night that he had advanced, Marshall sang “Stuck on You” by Lionel Richie, one of the competition’s judges. “He knocked it out of the park,” Richie declared.

Marshall graduated from Nansemond-Suffolk Academy in 2016 after transferring there for his senior year from Western Branch High School. Marshall was a standout football player and recorded 56 tackles and eight sacks in six games his senior year, which was plagued by injuries. He signed as a preferred walk-on at Virginia Tech, where he played football for all four years of college as a linebacker.

He is currently a resident of Chesapeake, where he works as a land surveyor.

“I am so grateful for all of the love and support from back home — it means the world to me and I can’t help but feel so proud of where I’m from,” Marshall told the News-Herald via social media.

Marshall auditioned for the national competition with “The Dance” by Brooks and received three “yes” votes from the judges with comments like “You have that storytelling thing” from Richie, “I think you have some natural-born talent” from Katy Perry and “You’re one of the best-sounding county artists that have come through” from Luke Bryan.

Marshall said he’d only been performing live for a few months, the first time being at his grandfather’s memorial service. “I only started four or five months ago, doing live performances and stuff. I’ve been singing my whole life like in my truck, but I’ve always been really shy,” said Marshall during his introduction.

Since his audition qualified him for the competition’s “Hollywood Round,” Marshall has had some ups and downs. The judges were a little skeptical of his top 24 performance of “Heaven” by Bryan Adams, but loved Sunday’s performance of “Friends in Low Places,” after which Richie asked for “free tickets and backstage passes.”

Marshall said he has been enjoying the journey.

“It has been a wild ride! I am overwhelmed with gratitude and am so blessed to be in the top 14.”

The next stage of the competition will be Sunday as the remaining contestants work with country singer Gabby Barrett as a mentor. On Monday, the top 11 will be revealed.