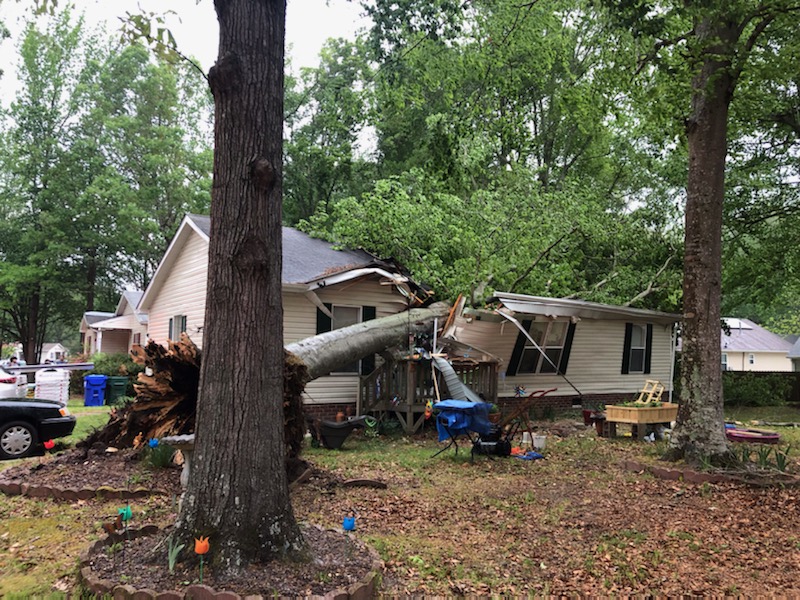 An adult occupant was seriously injured when a tree fell on a home off Godwin Boulevard during a severe thunderstorm Tuesday evening.

The first unit on the scene reported that a large tree had fallen on the home, causing heavy damage. One adult resident, who was not identified, was seriously injured and transported to the hospital, city officials said in a news release.