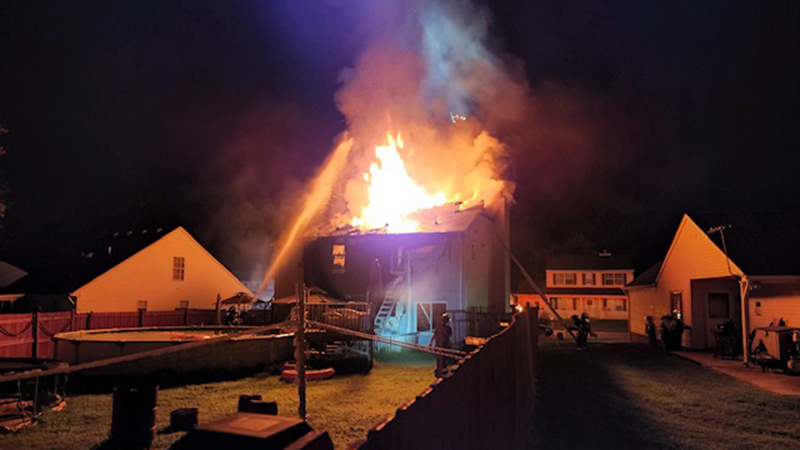 Four adults, two children and three animals were rescued from a residential fire in the 1000 Block of Mill Pond Ct., Wednesday morning.

The Suffolk Fire Department reported that there were no injuries to either occupants or firefighters. Crews were on scene at about 1:20 a.m. Following an hour-long effort, the fire was contained at 2:26 a.m.

While remaining structurally intact, the house sustained significant damage to the first and second floors, as well as the attic, as the fire burned through the roof, Fire Chief Mike Barakey said. He expects insurers will be appraising the damage shortly.

Barakey said the fire was accidentally ignited by a candle on the front porch.

There were 26 firefighters, including three engines, investigators and medics responded to the call, Barakey said.

The home’s occupants are displaced, and currently being assisted by the local chapter of the American Red Cross.