Freshman Stephanie Tarafas (Nansemond River) played all 70 minutes in goal for the Lady Dukes and made eight saves. It was her second start and first complete game of the season. 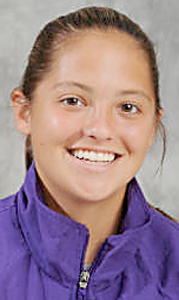 JMU (8-8) returns to conference play with road matches at William and Mary Friday evening and at Old Dominion Sunday afternoon.

Christopher Newport’s men’s soccer team was perfect on the season until going 1-1-1 last week. The Captains lost 3-2 at North Carolina Wesleyan and drew 2-2 at Virginia Wesleyan.

Freshman defensive lineman Justin Kee (Lakeland) saw action in Winston-Salem State’s 58-0 win over visiting Livingstone Saturday. Kee made two tackles for the Rams. It was the fifth game Kee’s played in this season and he made an interception earlier this season.

WSSU (7-1, 5-1 CIAA) has its homecoming this Saturday and hosts UNC-Pembroke.

Washington and Lee handed Randolph-Macon its first loss of the football season, beating the Yellow Jackets 42-28 in Lexington. The first three periods each went 14-7 to the Generals.