A 23-year-old Suffolk man has been arrested on charges of first-degree murder in connection with the death of a woman in April. 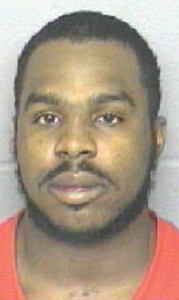 Rasheed Leitiff David is charged with first-degree murder, attempted murder, use of a firearm in the commission of the felonies, and other crimes.

David was arrested in April following the death of 28-year-old Diana Yvette Jones, who was shot while she sat on a covered porch in the 300 block of Hunter Street.

He initially was charged with drug and firearms crimes but not with the homicide. However, the grand jury handed down sealed indictments in August accusing him of the shooting, and he was arrested Wednesday.

The shooting happened at 1:07 a.m. April 25. Nearby residents said at the time that someone had been robbed nearby, and the resulting fight spilled over onto Hunter Street. They said two groups of people were shooting at each other from opposite ends of the block.

Wounded in the shooting was Veronica Wiggins-Ingram, 42, who was sitting on the porch with Jones.

David’s next court appearance is set for Oct. 24.