Hampton police have arrested a Suffolk man on multiple charges relating to the robbery of a Hampton business in May. 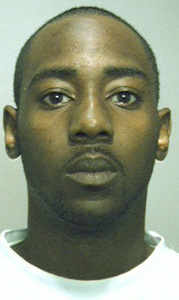 Christopher Allen Williams, 28, of the 200 block of Kinnards Court, was arrested based on a Crime Line tip, according to a news release from Hampton.

He is charged with one count each of robbery, abduction and burglary while armed and two counts of use of a firearm in commission of a felony.

At 9:28 a.m. on May 23, Hampton emergency communications received an alarm activation from the TitleMax in the 3000 block of West Mercury Boulevard. Investigation revealed the suspect entered the business, displayed a firearm and demanded money. After getting an undisclosed amount of money, he fled and was last seen heading toward Butternut Road on foot.

Despite the fact there were patrons inside the business at the time, there were no injuries, according to the news release.

Williams currently is in the custody of the Chesapeake Police Department for additional charges of related incidents, according to the news release.