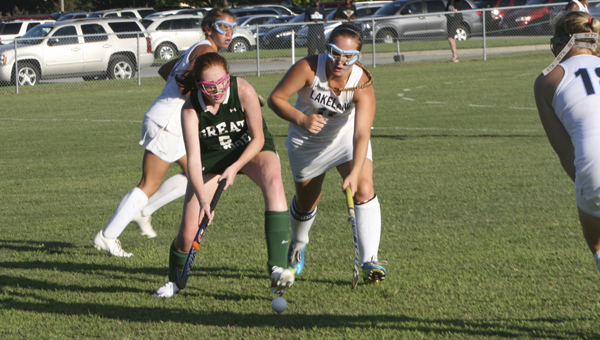 The historical significance of the Lakeland High School field hockey team’s season-opening loss on Monday was as much a testament to the program’s consistent dominance in the area as it was to the daunting task of continuing said dominance.

The Lady Cavaliers fell 4-1 to visiting Great Bridge High School to start their 2014 campaign. Before this, the last time Lakeland had lost to a Southeastern District opponent was in 2002 at the hands of Nansemond River High School.

Lady Cavs coach Cortney Parker said her players “know what comes behind being a Lakeland field hockey player and the pressure that’s there.”

But she said she did not think they were focusing on historical concerns after the game, and said they need to move on, with two more games to go this week.

“I am obviously disappointed in the outcome of the game, but they actually have come a long way in three weeks from where we first started,” Parker said. “I’m already starting to see the progress that I wanted to see from this group, because they’re really, really young.”

But she said they should be playing better than they are.

The three experienced varsity players are the most qualified to help settle the team down, but Lakeland sustained a surprise blow Monday morning when Parker learned that one of those returners, junior Shannon Leonard, would be sidelined with a suspected concussion.

“She’ll be out for a week and a half to two weeks,” Parker said.

At halftime during the game, the coach took the team’s lone senior, Erin Bradshaw, out of goal and placed her at left forward to help bolster the lineup.

“I just needed the veteran presence on the field,” Parker said.

She gave credit to the Lady Wildcats for producing a good performance.

“They were a good team,” she said. “They had very strong players that play year around, and that affects the game.”

Great Bridge’s first three goals were spread throughout the first half. Lakeland struggled with finishing and was not making offensive runs early on in the game.

“After playing for a little bit, we did have a much better second half,” Parker said.

She has been preaching to her team, “If you can’t get the shot, get the corner.”

The Lady Cavaliers only earned four penalty corners compared to Great Bridge’s eight, but Lakeland made one count with 31 seconds left in the game when sophomore Kendall Lewis scored off an assist from sophomore Kaylene Thomas.

Despite the loss, Parker spotted some standouts.

“I think Haley Beale did really well on our defensive end, and Alex Kinsey,” she said, also noting that junior returner Stasha Waterfield has begun playing a new, big role as a center midfielder this year, “and she’s doing a good job.”