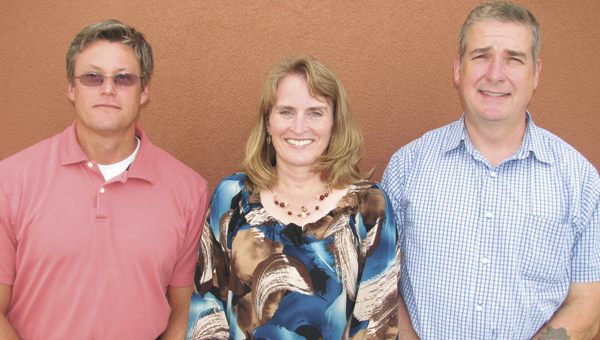 Three Army veterans with a passion for beer aim to start Western Tidewater’s first craft brewery with a European flair.

Thierry and Amy Grom and Keith Foster work for the Department of Defense at the Joint Staff J-7. The couple have been Suffolk residents for 10 years and met Foster about four years ago.

Thierry Grom spent most of his career in Europe, enjoying the variety of beers offered by the varied cultures in Italy, Spain, Germany and the Czech Republic.

He said the atmosphere of most local breweries is a world apart from the breweries in Europe, which he prefers.

“We’re trying to bring in a different atmosphere than your typical brewery,” he said. “It will be a place to meet your colleagues and also have a beer.”

“It’s really a destination,” Amy Grom said. “We want to have a place where people meet and greet and are able to relax.”

They hope to achieve “Gemütlichkeit,” the German concept of a situation that induces a cheerful mood, peace of mind, social acceptance and coziness, Amy Grom said.

But first, there’s a lot to be done — fundraising, equipment purchases and finding a building.

The future brewery already has a name, though — Storm Forge Brewery. “Storm Forge” is an anagram of the Grom and Foster names and seems to fit, Thierry Grom said.

“Grom means thunder in the Serbo-Croatian language,” Grom said, something he discovered during his Army service in that part of the world.

The three see themselves “forging” recipes in the brewery. Their logo includes a lightning bolt and an anvil.

Believing they have the brewing thing down pat, the three have been developing their business skills during the past year. Thierry Grom took an entrepreneurship course at Tidewater Community College. They’ve worked with advisers at the Small Business Development Center and the Veteran Business Outreach Center.

They’re at the stage of looking for buildings and talking to bankers, Amy Grom said, noting they are looking at locations in Harbour View and Carrollton.

“We looked at all kinds of facilities,” Thierry Grom said.

They plan to use local hops and grains whenever possible and plan on using a reverse-osmosis system to create the exact water profile that would be found in the region from which the beer originates.

Foster said the fascination with home-brewing has changed Hampton Roads, with home-brew clubs popping up and agriculture producing more grains to sell to local brewers.

They’ve started a crowdfunding campaign on Indiegogo to raise $30,000 for a small-batch brewing system and other needed supplies. The campaign ends in two weeks, and they’re almost a quarter of the way to their goal.

Perks offered to donors include the enviable opportunity to name one of the beers, brew it with Grom and be the first to taste it. Others include private tours of the brewery, T-shirts, coins and more. 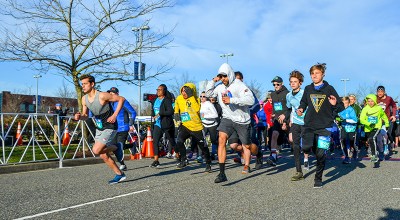