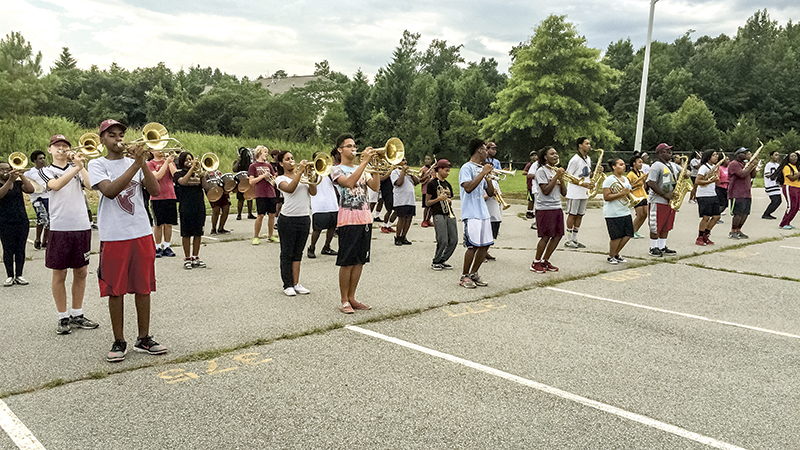 Though most people attend football games to watch the players, at halftime, a different athletic endeavor takes place on the field. The marching band may be the unsung heroes on the football field, but that is because they’re the ones playing the songs.

Marching band is not technically a sport, but it requires athleticism, skill and precision in abundance. 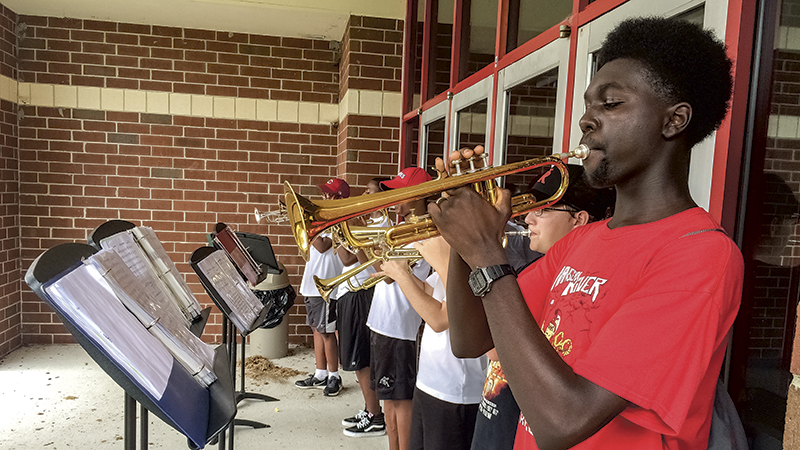 While sports begin conditioning for the upcoming season, Suffolk’s marching bands begin their band camps, where they learn music, marching maneuvers and complex choreography for their halftime shows. 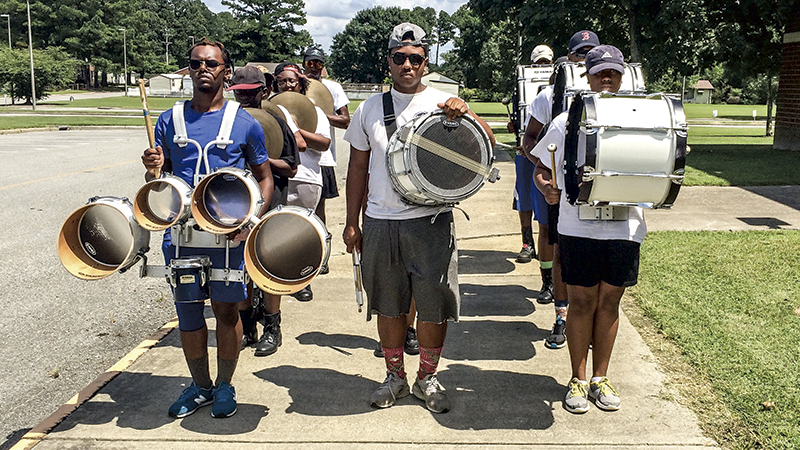 In addition to providing entertainment at the football games, the bands perform and compete at parades and in competitions.

Band camp at Suffolk’s public schools began on Monday. While the musicians spent time focusing on their music, they also had to prepare for the show physically. Woodis said the marchers had to exercise and engage in physical training like push-ups, crunches and running in order to get in shape for the demanding halftime show.

“They have to move and play for nine minutes without stopping,” he said. “That takes a lot more energy than people think.” 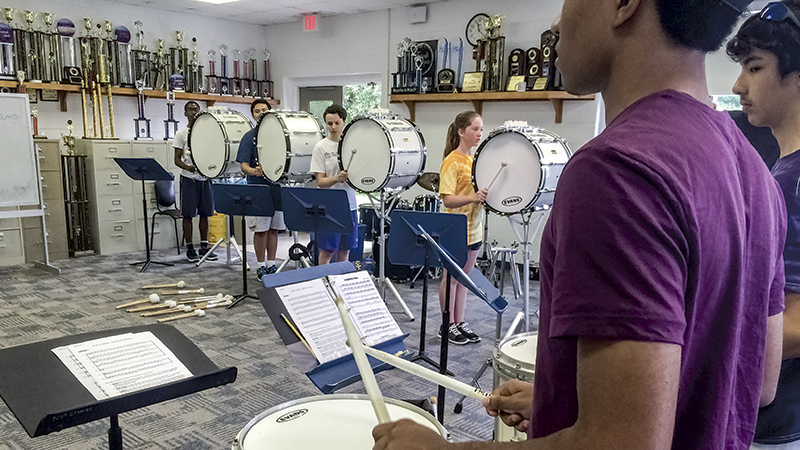 “It’s got a bigger visual to it,” Woodis said, “but because there’s more movement, it needs to be unified, so we need to drill it over and over.”

Alvin Wilson, the director of bands at Lakeland High School, said the first week of band camp contains plenty of physical training to get the musicians ready for the rigors of the season.

“Stamina is important because of the energy with which we perform,” he said. “What we do requires discipline, focus and determination.”

Wilson explained that high-step marching requires the musicians to reach a 90-degree angle with their leg on each step, all while playing complex music.

Nansemond-Suffolk Academy’s band began preparing for the season on Tuesday. The band’s drum line met for a percussion camp, where the musicians set about learning the techniques necessary to play and march with the drums.

Ryan Wang, who plays the quad drums for the NSA marching band, said he was excited for band camp to start in earnest as the whole band begins to practice its routines for the halftime show. However, he said he wasn’t looking forward to carrying the heavy set of drums for hours each day.

“We’ll try to take as many breaks as possible,” he said, “and not just physical breaks, mental ones, too. We want to keep it fun.”

“Just like any athletic activity, you have to work to build endurance,” he said.

Though marching band does not get as much attention as sports like football, Bradley said the band offers opportunities for scholarships and personal development.

“This past year, all our graduating seniors were offered large scholarships to march at college,” he said. “It shows how valuable these talents really can be.”