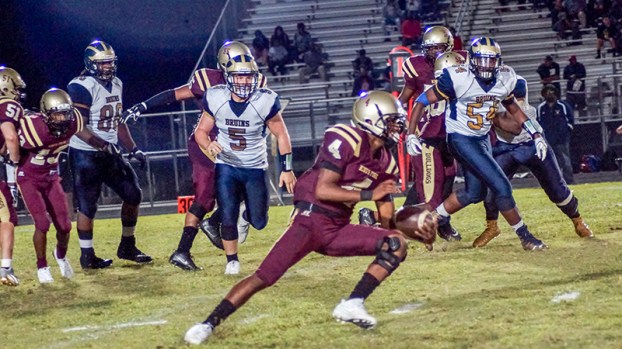 Justin German cuts up field for the Bulldogs. King’s Fork High School is ranked fourth in the 4A region of the VHSL weekly rankings. Caroline LaMagna Photo

The Warriors and Bulldogs were ranked among the top five in their regions in the Virginia High School League rankings for this week.

Nansemond River High School’s football team is 3-1 through the first few weeks of the season. That record has placed them fourth in the 5A region in this week’s VHSL regional rankings. King’s Fork High School is also 3-1, which is good for fourth in the 4A region.

Nansemond River has gotten off to one of the best starts in the school’s history. They defeated Grassfield High School last week for homecoming.

King’s Fork’s only loss came on a last-second touchdown in a game against Western Branch. Otherwise, King’s Fork could very well be 4-0 to start the season.

The two will meet this Friday at Nansemond River.