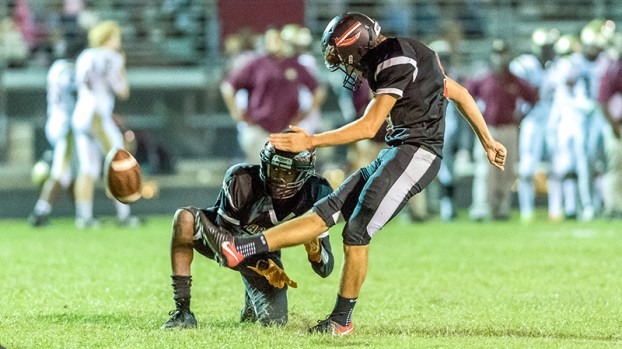 For Shearin, he also has offers from the likes of Navy, University of Maryland, University of Virginia, University of North Carolina at Charlotte and Old Dominion University. Shearin is classified as a three-star athlete and has helped the Bulldogs offensively, defensively and scoring on special teams. He has a high level of interest from other programs as well and is only a junior.

“It was kind of weird because coaches normally call you when they offer you,” Lomax said. “But when I read it, I was ecstatic. I had been working so hard at this craft, and it finally paid off.”

Lomax has also been receiving interest from other D-I schools like North Carolina State University, Richmond and Kent State University. After receiving his first offer, Lomax feels that it has taken some pressure off of him.

“I have always wanted to play college football,” he said. “Now that I have the opportunity to do that, I feel better.”

More offers may come in for these two athletes before the season is over.