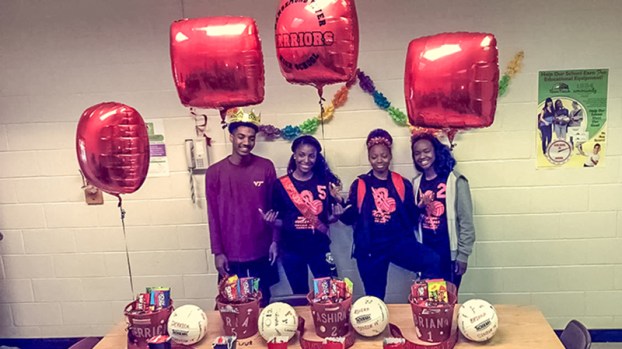 The Warriors snapped a losing streak with the win at home on senior night. Nansemond River High School had only one senior on the boys’ volleyball team in Derrick Daubon. Warriors coach Angie Gatling was happy with the win Thursday but felt her team could have played better.

“I think we did not play to our potential out there,” she said. “We could have played a bit better, but I will take a win.”

The Bulldogs made the game interesting by taking one set and making the Warriors work longer and harder.

Nansemond River has come a long way since the start of the season. At the beginning of the season, Gatling said, she had players who could not pass the ball, but they have since made significant improvements. With one game left on the schedule, she feels good about her young team.

“I watched the guys’ attitude about volleyball change over the course of the season,” Gatling said. “Going forward, I want to see us keep our moment all the way through the game. Sometimes we start off fast and they slow up and then have to play catch up. We are young, but I feel like the guys will be ready once the playoffs come.”