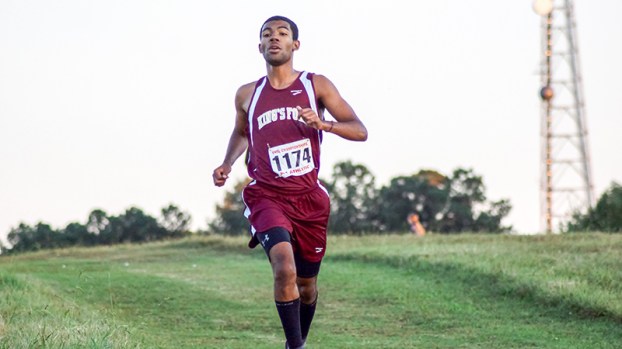 The King’s Fork High School cross country team is excited about the 4A regional championship meet it will compete in on Tuesday.

After a successful season of growth in both numbers of athletes and an improvement in average time for both teams, Bulldogs coach Steve Sheppard says he is proud of his team for their accomplishments so far and is excited for next Tuesday. The boys’ team, in particular, has made huge improvements this season from prior years.

“Last fall was my first season coaching the team. I could tell what good kids we have,” Sheppard said. “The guys are truly excited about improving each meet. They have come a long way.”

The Bulldog boys have had a very solid season, finishing as high as third out of 10 teams in one of the five Southeastern District meets, where they race against schools from classes 5 and 6, as well as their own Class 4 competitors. They’ve also taken on the challenge of racing at a couple of the largest invitationals the school has ever competed in, such as the Milestat.com Invitational, which included more than 110 teams, and have held their own competing against schools with long, storied distance running histories.

For the Lady Bulldogs, leading the way have been a couple of promising underclassmen, sophomores Madeline Rawlings and Cree Diggs-Brown. While the girls are not seeded as high as the boys in the region, they are still much higher than previous years.

“It may be another year or two before a top three regional placement is close enough, in reality, to talk about,” Sheppard said. “The girls are going to continue to chip away at it, and they will continue to improve significantly.”

KFHS endured a few hardships this season, but they have continued to get through them. The boys’ team had an injury to a top runner, but regardless, the Bulldogs believe they can best their finish from last year.

Whether it be the girls or boys, Sheppard continues to encourage his runners in hopes of them reaching new levels they haven’t in previous seasons. The 4A regional championship meet will be held Oct. 31 at the Eastern State Hospital Cross Country Course in Williamsburg.