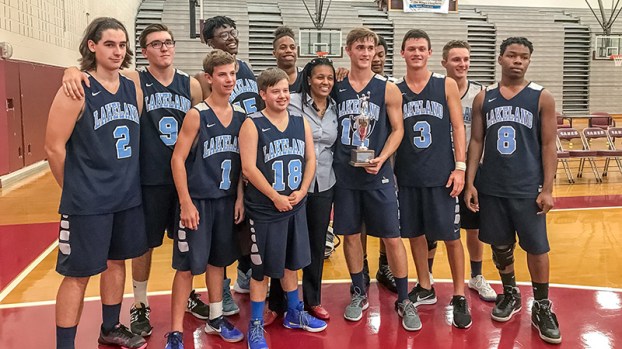 The Lakeland High School boys’ volleyball team finished the season reaching the state semifinals for the first time in school history. They were also the regional runner-up this season.

Lakeland traveled to Ashland to take on Patrick Henry High School in the state semifinals. The Cavs fought hard but took a 3-0 loss.

In the first set, the Cavs were down 25-8. Senior Hunter Rawls mentioned that nerves played a part.

Lakeland was able to shake off the nerves the next two sets but still lost them both by six points.

“We were able to settle down, but it still wasn’t quite good enough,” Rawls said. “We faced a really good team. We fought hard but allowed them to score points on our mistakes.”

The Cavs had a tough road throughout the playoffs. Lakeland is a Class 3 team, but because there are no Class 1, 2 or 3 state tournaments, they had to play up a level. Their last two opponents, Heritage High School and Patrick Henry, have won more than 40 combined games and had zero losses. Patrick Henry is also the defending state champion.

The players were on the same page as their coach Tarijuana Napoleon. After the game, she let them know that they had nothing to be ashamed of, as they accomplished a lot of things in this program for the first time. Seniors like Cody Anderson were proud to be a part of the team this season.

“I think we had a great year, and our season shows that,” Anderson said. “We accomplished a lot of firsts for our school, and (it was) a great way to end my volleyball career at Lakeland.”