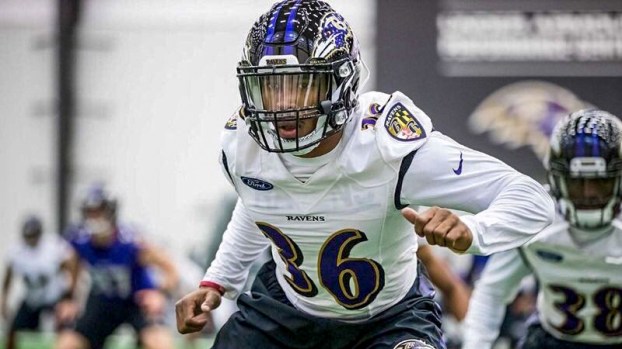 It was a good year for the former King’s Fork High School Bulldog standout. He was drafted in the sixth round of the 2017 draft by the Baltimore Ravens. He then went on to make the active roster and became a key special-teams component.

He played a total of 413 snaps this season, with 59 coming on defense and 354 coming on special teams. Late in the season, the Ravens started to run defensive packages that saw Clark on the field more so that the Ravens could have more speed on the field. As far as special teams go, Clark played in 75 percent of the special-teams snaps on the season.

Clark totaled 13 tackles and two pass deflections on the season and played in 15 games. His career high came last Sunday against the Cincinnati Bengals, where he recorded three tackles.

Baltimore finished the season with a 9-7 record and slightly missed out on the NFL playoffs. Last summer, the Ravens’ front office raved about Clark’s potential and how well he had been practicing in the team’s training camp.

The rookie year is always the biggest adjustment. Now that he has a year under his belt, he knows how to approach the offseason to become better. The former Bulldog made his mark his first year and could be in line for more playing time in 2018.