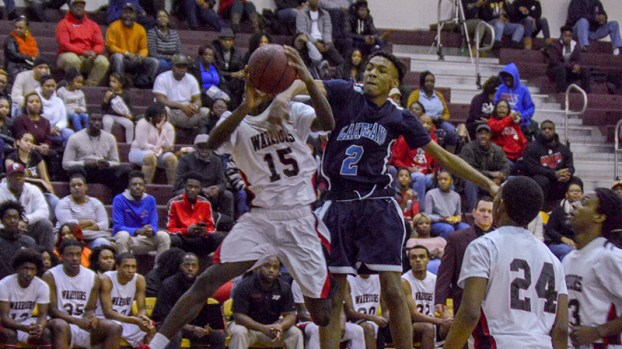 Lakeland High School’s boys’ basketball team continues to get stronger as its season goes on.

Despite the win-loss column not showing it, the Cavaliers have shown a significant amount of growth. Coming into the season, coach Clint Wright Sr. didn’t have a single player on the team with varsity experience. Now, he sees his team making strides in the right direction that will eventually lead to more wins.

“We are still super excited for what we have going on here,” Wright said. “Even though to this point we haven’t won as many games as we would have liked, a lot of the growth we have had this season hasn’t shown on the scoreboard.”

Things such as experience don’t show up on the scoreboard, but it has proved valuable for a young Lakeland Cavaliers team. Over the break, Lakeland improved on the team’s togetherness and focused on getting healthy.

Last weekend, Lakeland participated in the King’s Fork High School Holiday Classic. They took fourth place, but Wright felt it was a good opportunity for his team to get out there and play some quality basketball. With the crowd and atmosphere the tournament brought, it was a good experience for the Cavs. On the first day, they took on rival Nansemond River High School, and, after a loss, faced their other rival, King’s Fork High School, for the third-place game. The experience will prove valuable once Lakeland meets each of those teams again. Rivalry games are intense and bring out the best in players and crowds from opposing teams.

“We think the King’s Fork holiday tournament is one of the marquee tournaments in the area,” Wright said. “Suffolk has been longing for basketball to be played in the city for Christmas time, and we were glad to be a part of it. With the atmosphere and type of ball that was played, all that benefited us greatly.”

Those who have played against Lakeland this season or have admired them from afar all say that Wright has his team buying into being great with how hard they play every game. Lakeland has had some close losses this season, with the most notable coming against Western Branch High School. Western Brach is undefeated and considered one of the best teams in South Hampton Roads. The Cavs took Western Branch to the final horn.

“I think the kids are wanting to get better, and they are buying in,” Wright said. “With such a young team, these guys have a short memory. After adverse moments, they are on the next thing. After a loss, these guys are working extremely hard, and I think those things are the building blocks of success.”

The Cavs believe all the things they are going through are correctable and are receptive to improvement, because they believe it is going to benefit the program as a whole. Because of the weather, Lakeland will likely get back to district action on Tuesday against Indian River High School. Because of the rotation the Cavs play, they don’t expect to be in much of a funk once they return to the court.

King’s Fork High School senior Dennis Whitehead is closing in on his 100th win. If not for the weather, Whitehead... read more