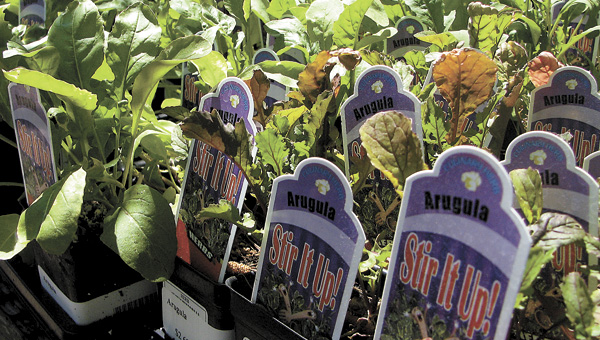 The summer heat and drought was not kind to many vegetable patches this summer.

Many gardeners reported that their plants were burned before much produce was able to develop.

But a time of redemption is upon the land.

It’s time to plant your fall gardens, which will likely bring fuller crops.

“Fall gardens typically do very well here in Suffolk because our falls are more dry with cooler temperatures,” said Margie Cooper of Smithfield Gardens. “For all those gardeners whose summer vegetables fell through, fall is a good time to get some of the vegetables you were hoping for.”

If you haven’t already planted seeds, now is the time to put seedlings in the ground.

“It’s a little late to try and plant seeds,” Cooper said. “You wanted to do that in July and August. At this juncture, get some small plants and get them in the ground. It’s easier, and you’ll have better luck than trying to plant seeds now.”

For the inexperienced gardener, the best vegetables to plant are cole crops. Despite what phonetics might imply, the word “cole” has nothing to do with the fact these plants grow better in cold weather. It means stem, a part of the plant typically prominent on cole crops.

“You might even be able to plant some tomatoes and get a few before the frost sets in,” Cooper said, adding that potatoes also can weather cooler temperatures.

Chard and kale, especially, are able to pull double duty — providing a healthy side dish to any dinner as well as adding beauty in the garden.

“Both the bright light [chard] and ornamental chard are great to plant and can be eaten,” Cooper said. “Redbor kale can also be very pretty. We sell just as many of both for ornamental purposes as we do for edible purposes.”

When planting cole crops, it’s best to plant early in the morning or late in the evening to avoid stressing the plant.

After tilling the ground and adding fresh compost, plant the veggies and keep a hose nearby.

“They just need an inch of water a week,” Cooper said. “You don’t want to over-water. You’ll rot the roots.”

Cooper added that fall crops should be watered in the morning to avoid burning the leaves and promoting fungus.

“If the leaves get a fungus, you can’t just pick the leaf off because that’s the part you want to eat.”

It’s also important to remember that although the heat has tapered off, the bugs and weeds are still out and about.

“Weeds still grow during the cool season and caterpillars and moths will love to eat the leaves of your plants before you’re able to,” Cooper said.

If you’re able to ward off potential dangers to your plants, you may have an abundant fall harvest — despite summer’s worst intentions.